Today is day 23 of my challenge to learning 3d in a month. I want to create a Tokyo street scene in 3d. I’ve never done any real 3d before. Yesterday, I added rain, blinking lights, sound and built a mini VR web app for the scene.

I started out today accidentally finding out about shadows. I knew my scene was missing them but I wasn’t sure how to get them. I figured they would show up automatically if a light would be behind an object. But they don’t. You actually have to specifically let a light project a shadow with something called a shadow map: 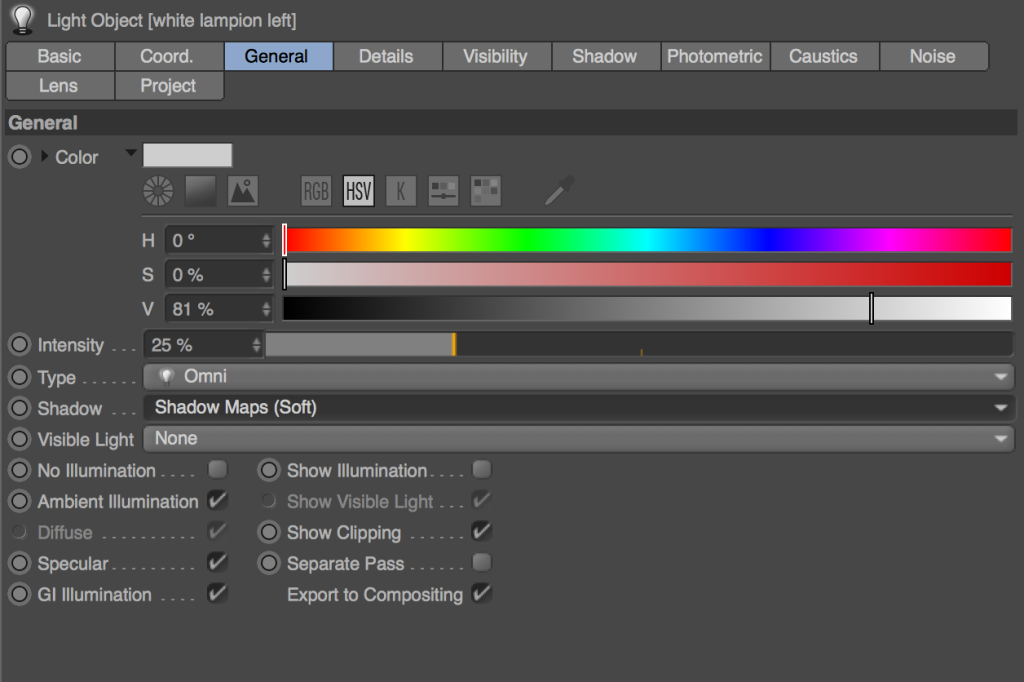 I didn’t really had to set anything else, it immediately looked pretty good. You don’t see shadows in your viewer, you have to render your scene to see it first: 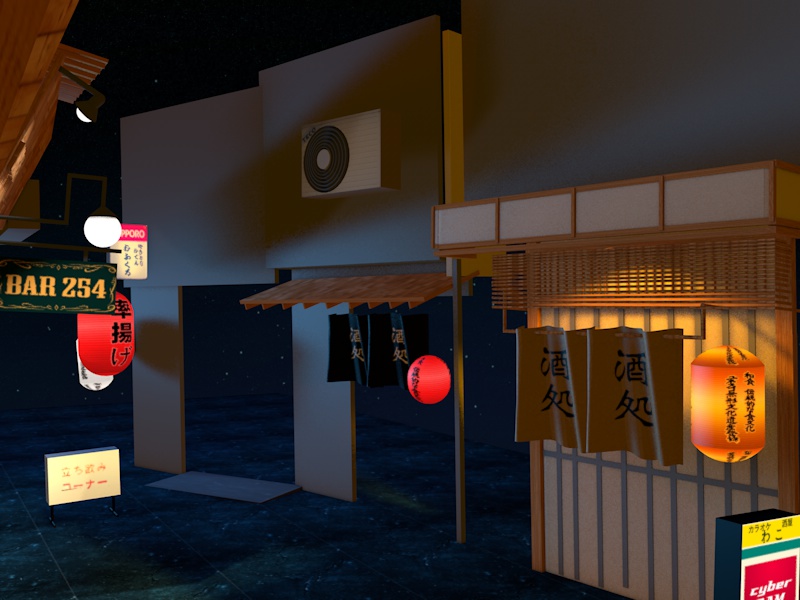 One place where the shadows turned out especially well was the wooden sign in front. Here’s how it looked yesterday: 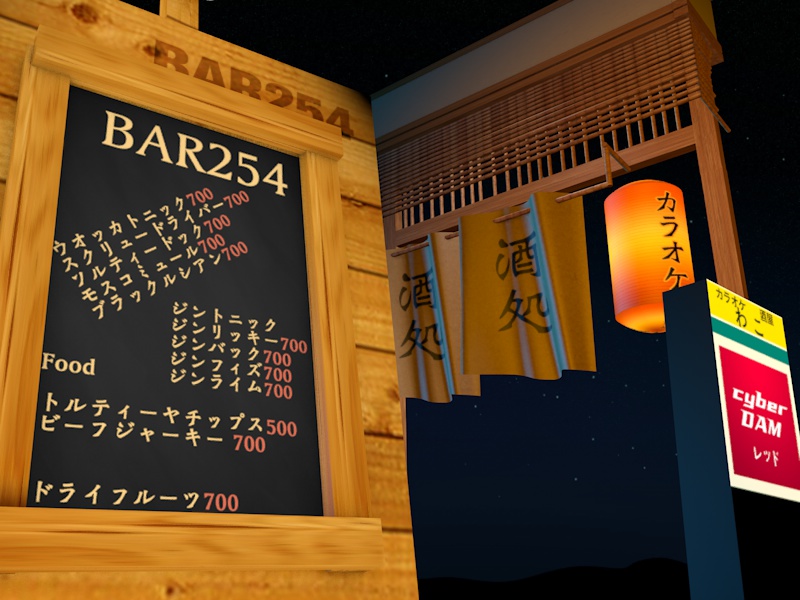 And now with shadows: 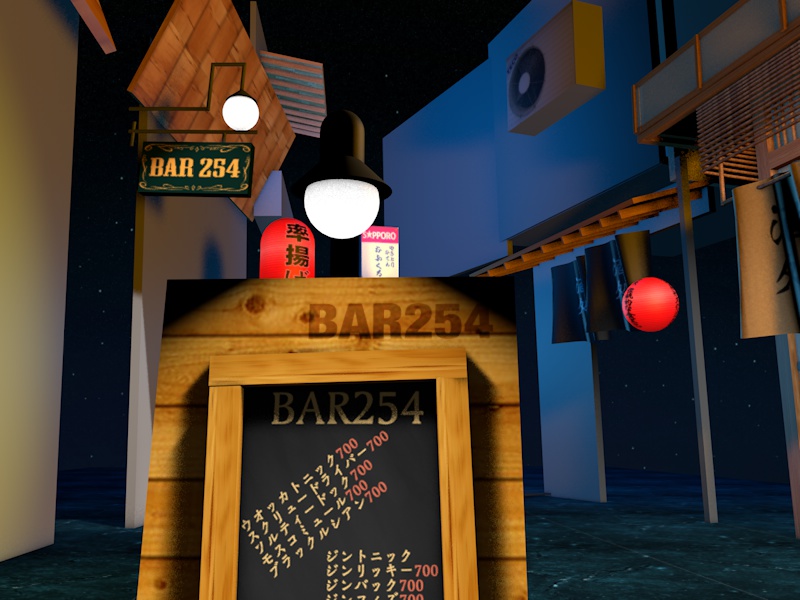 That’s all shadow, not the texture. And it looks eerily close to the real photo: 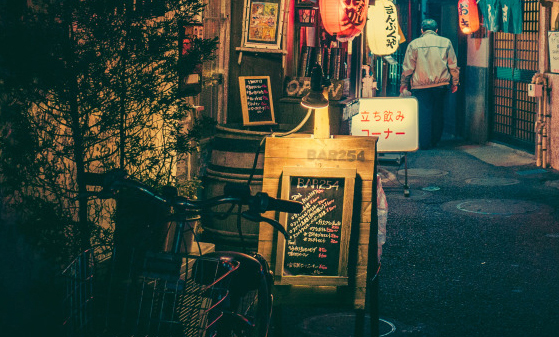 The thing I’d been dreading finally had to happen. I had to start adding more detail again by modeling more objects of the scene. 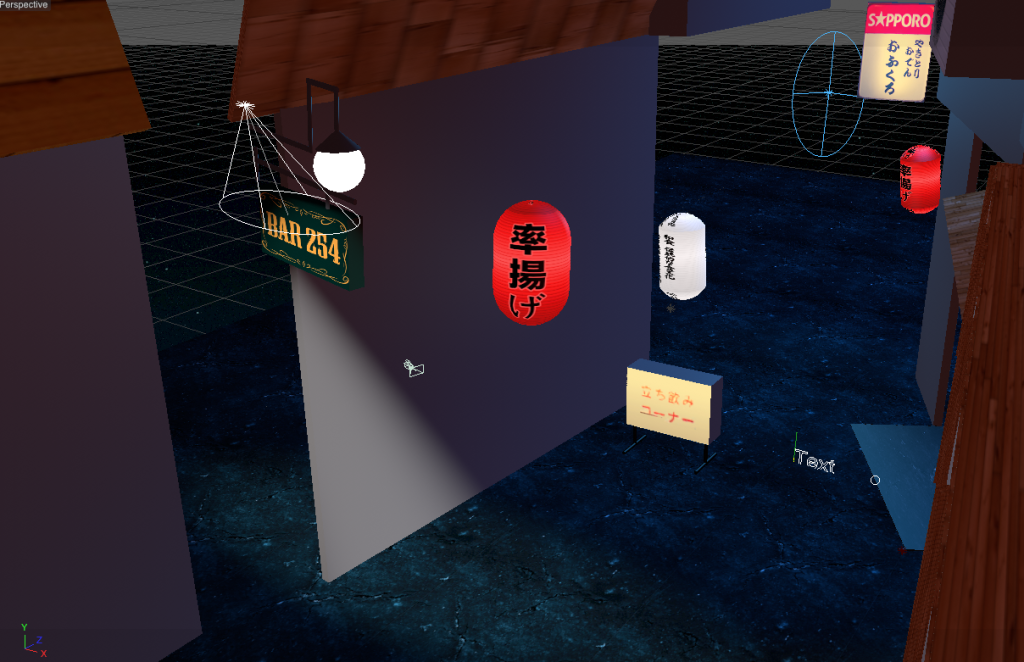 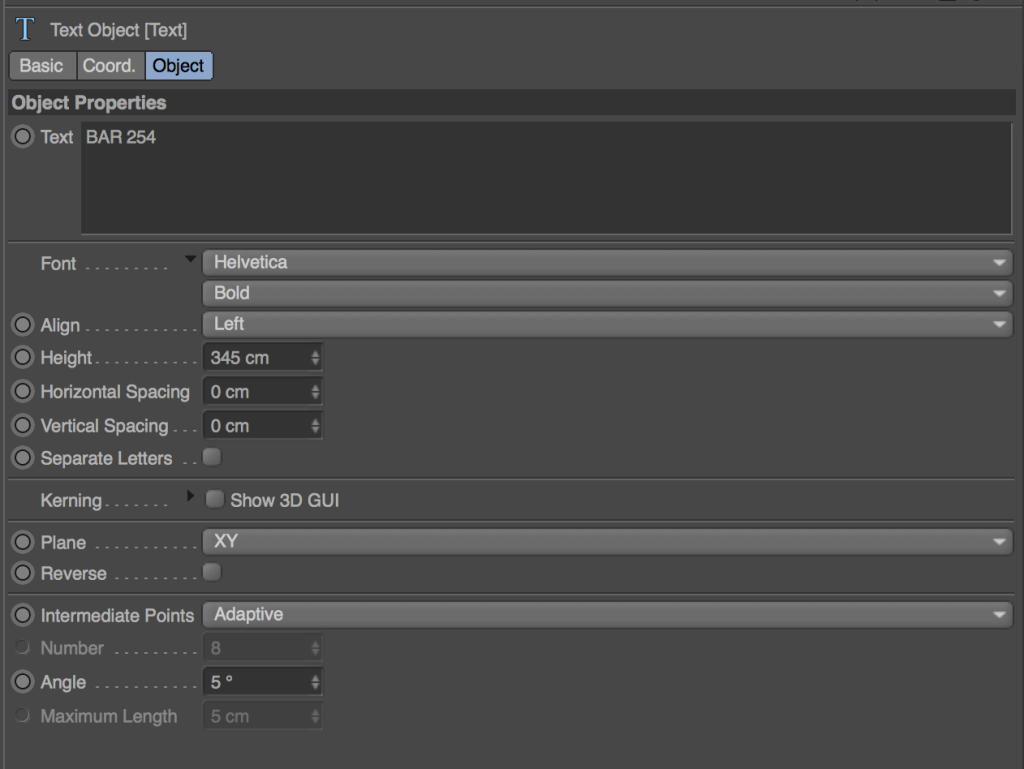 Then you drag it in place: 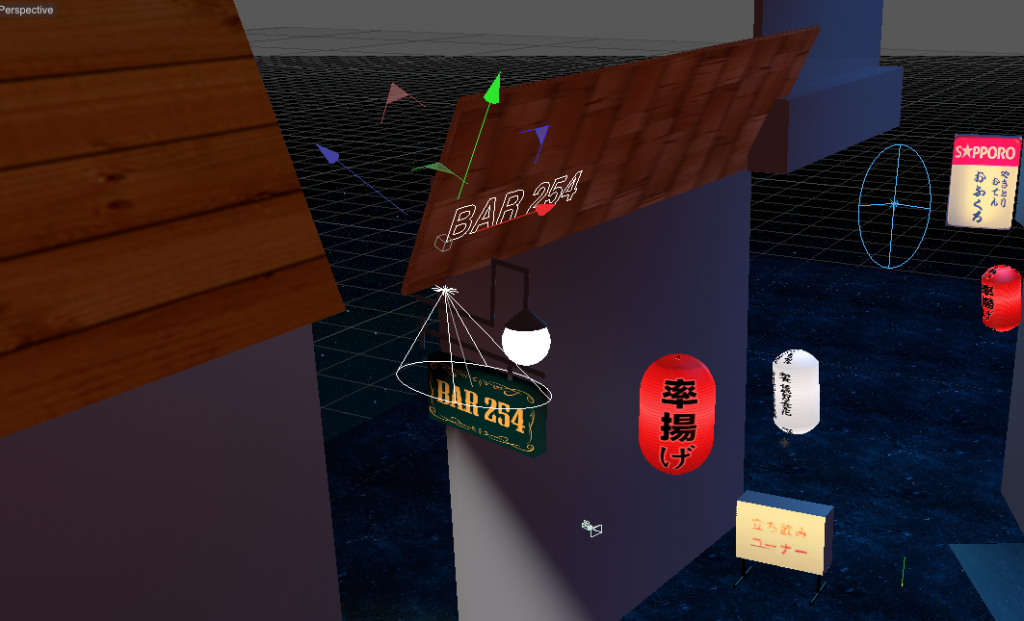 And you use a Loft array group layer again to make it 3d. Just like I did when making the curtains. It connects two paths: 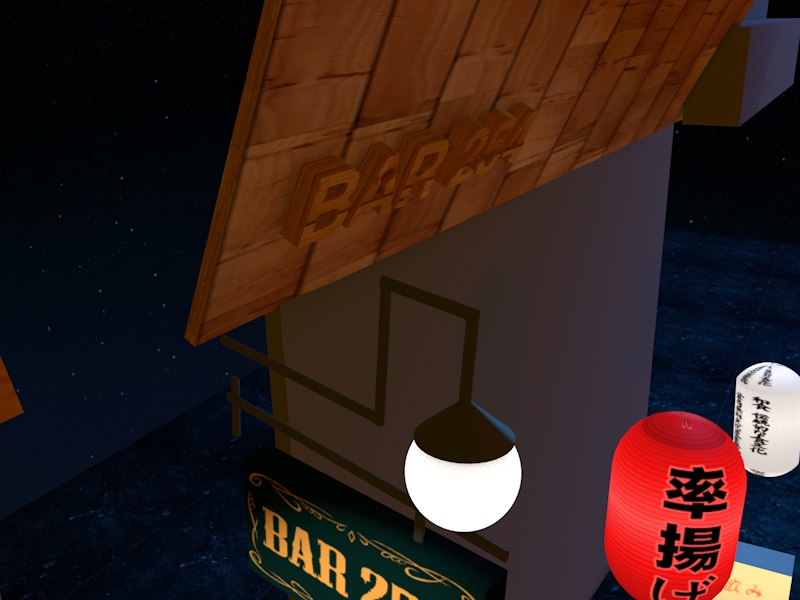 Then I put a light above it: 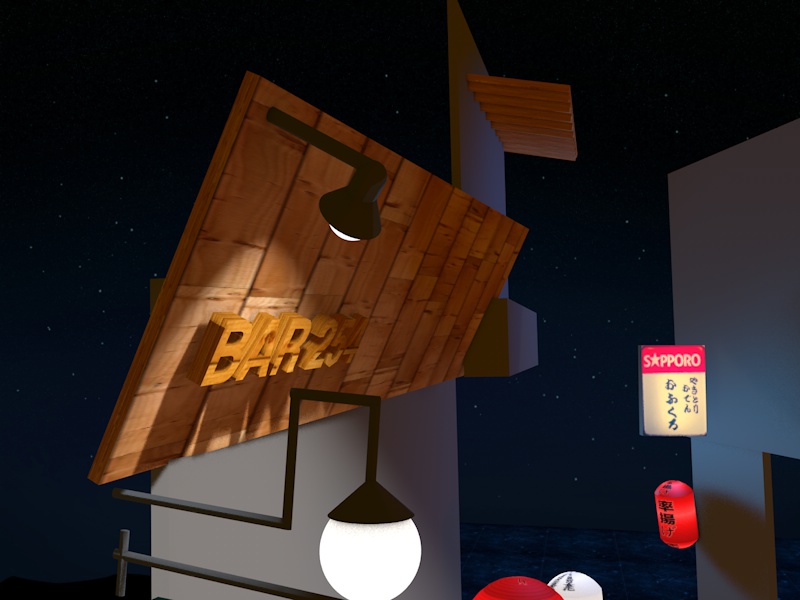 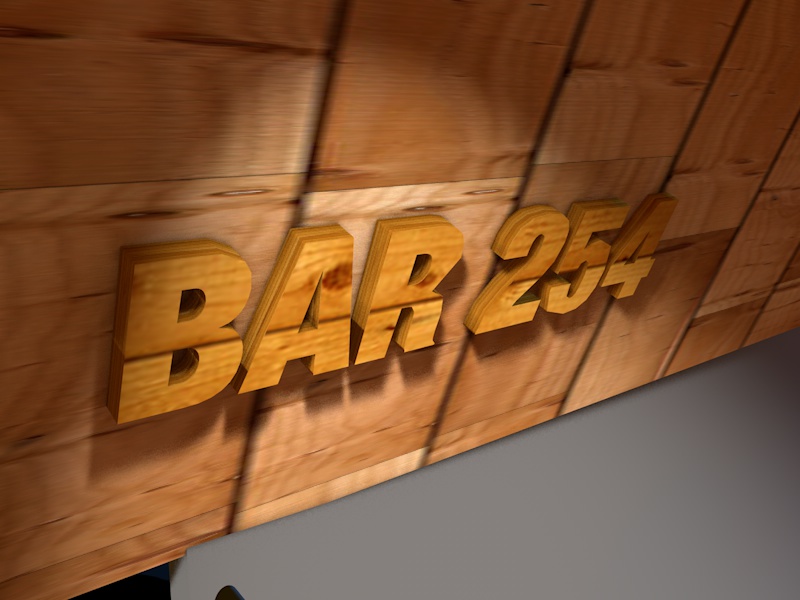 It’s so much easier than it looks. Like literally, it feels like the physical renderer does most of the hard work and it’s default settings work great! 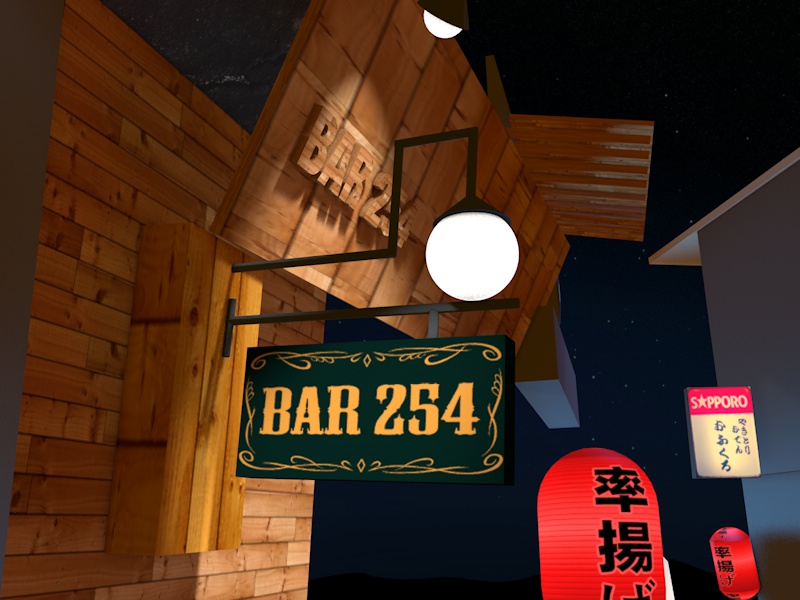 I built an aircon unit by extruding a tube shape from a box shape using a Boole NURBS. That’s a functional array group where you can put two objects in and the second object’s shape will be removed (as in boolean, true or false, I guess) from the first object. 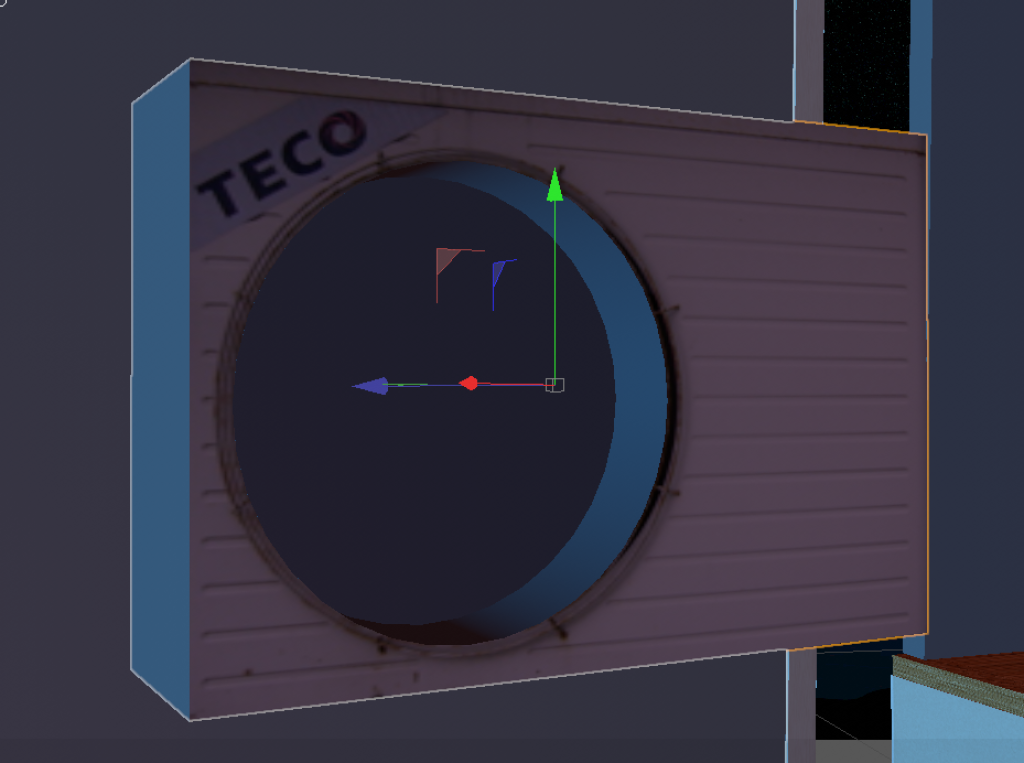 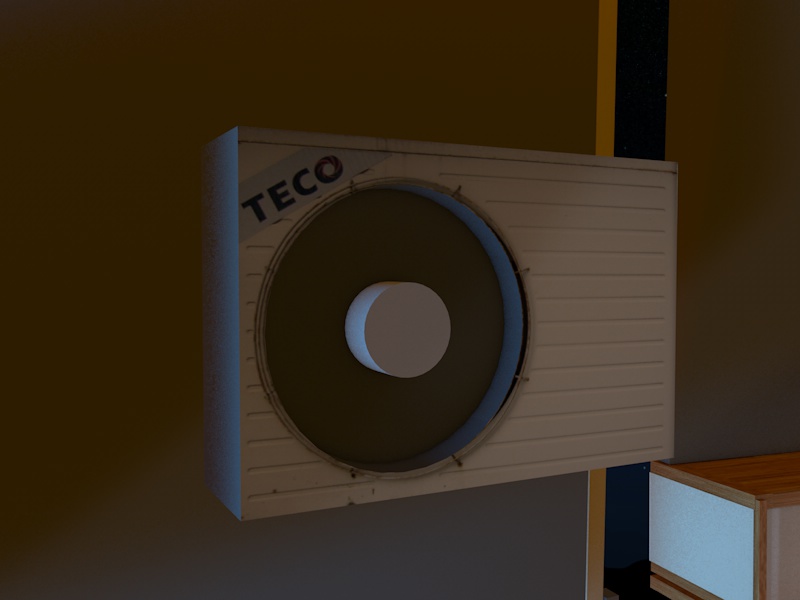 Then I went on to add the aircon circular rings, simply by Boole’ing lots of cylinders in withs smaller cylinders: 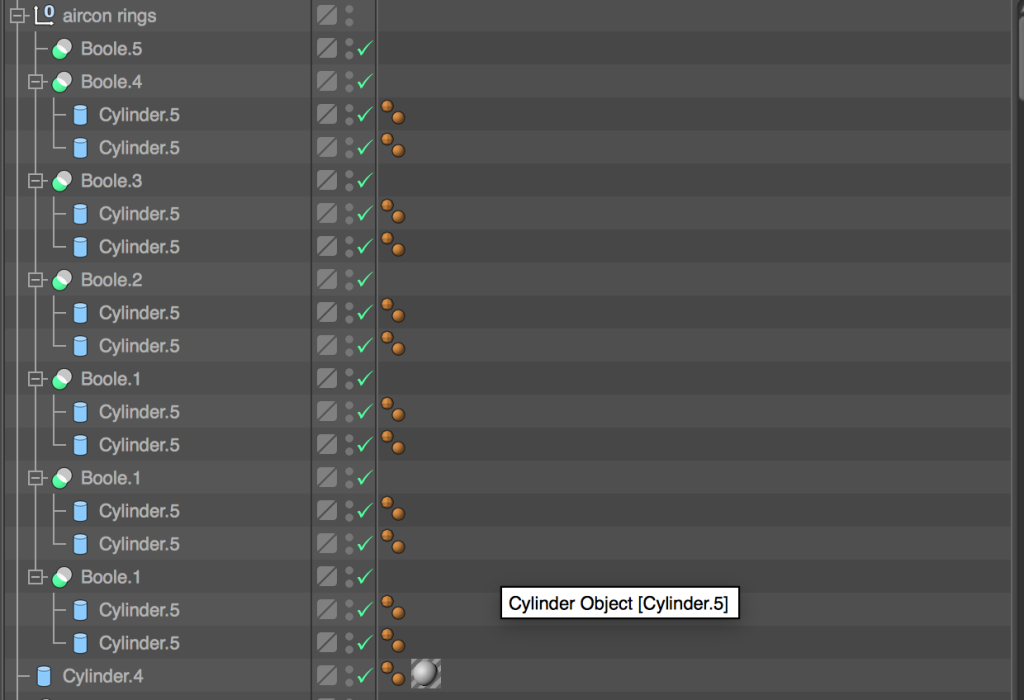 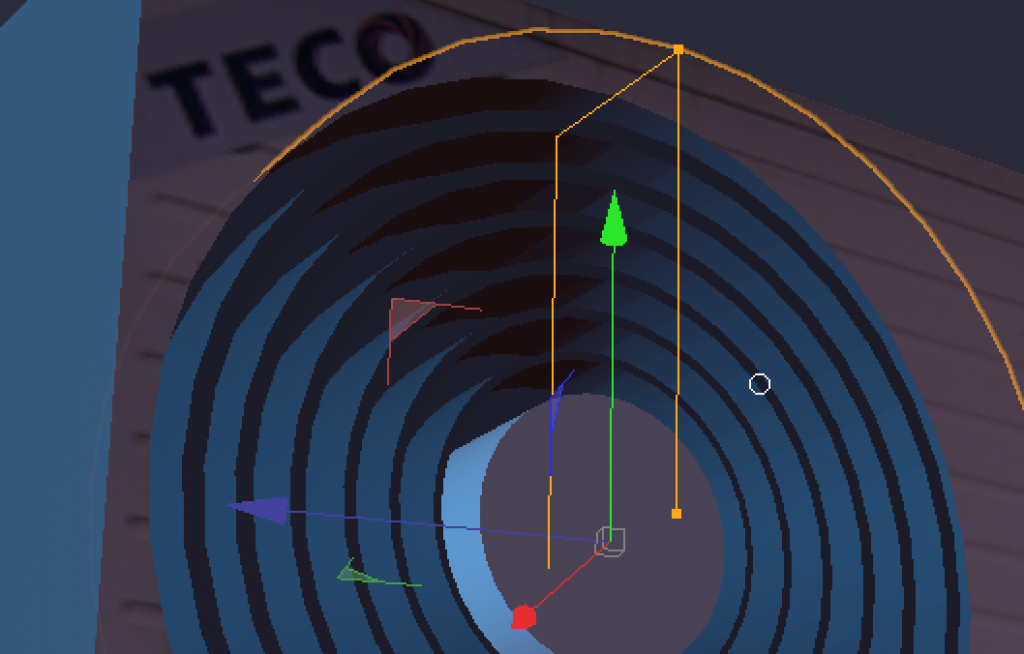 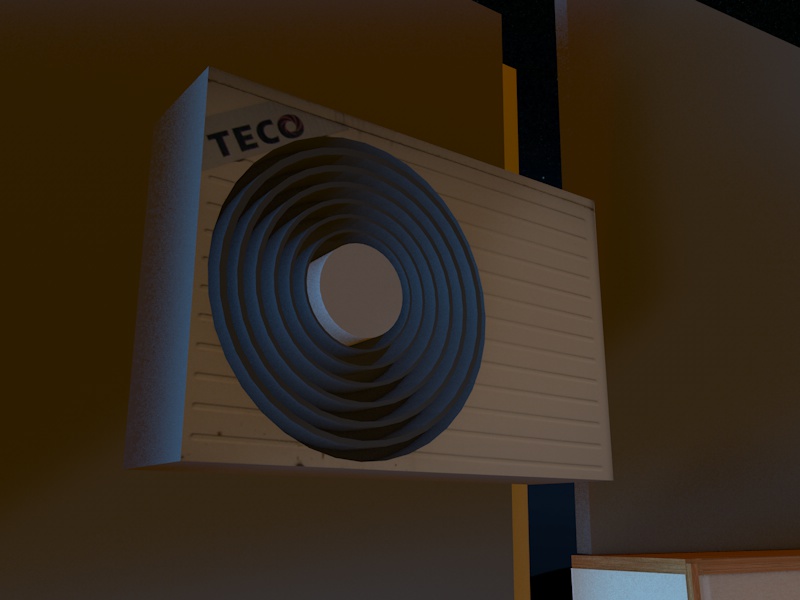 I also added lots of mini walls and roofs, giving everything a better sense of space:

I also added tiny details like the metal bars on the paper door on the right and the finger holes in them: 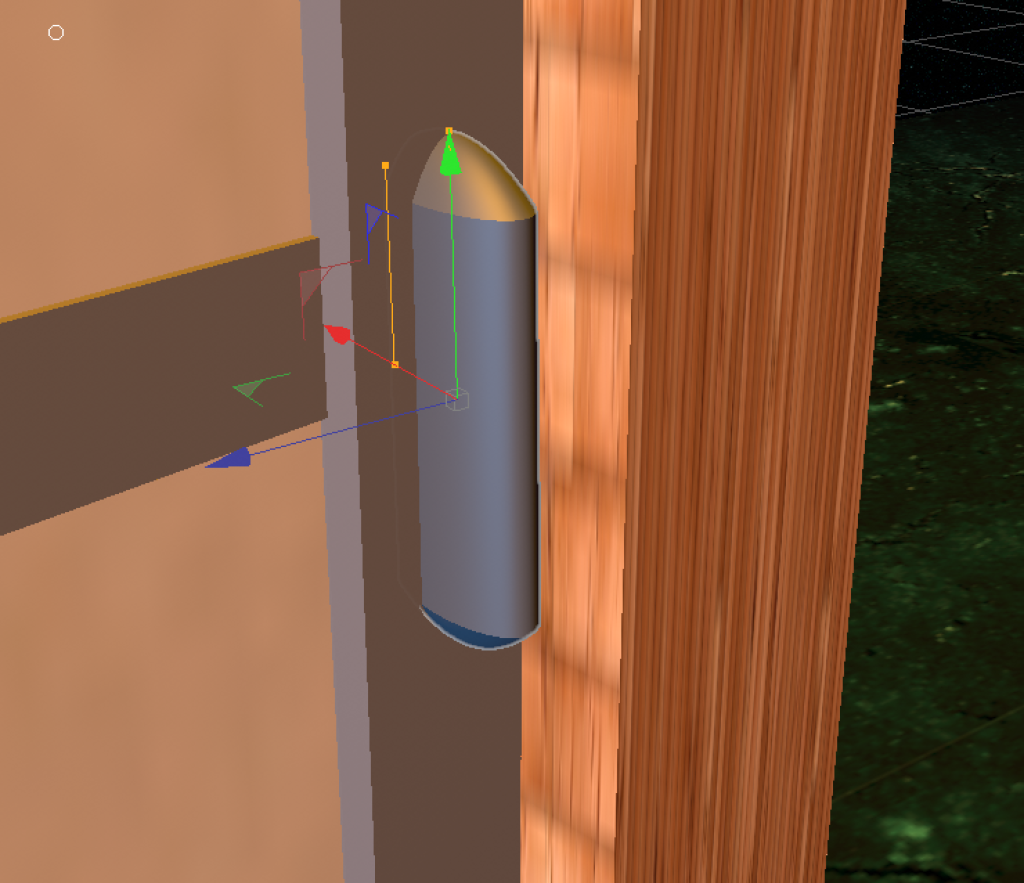 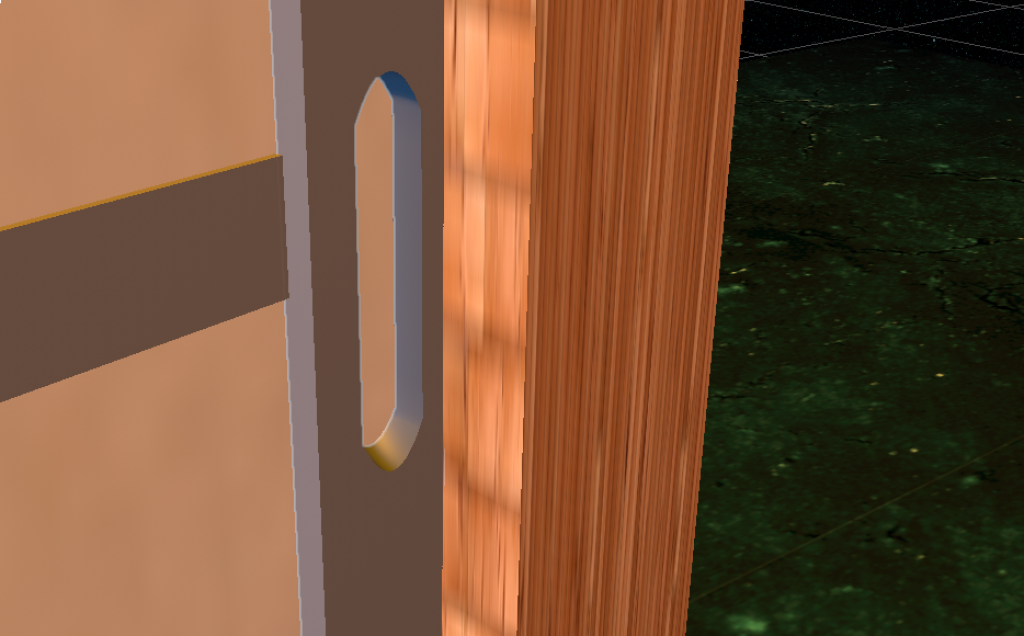 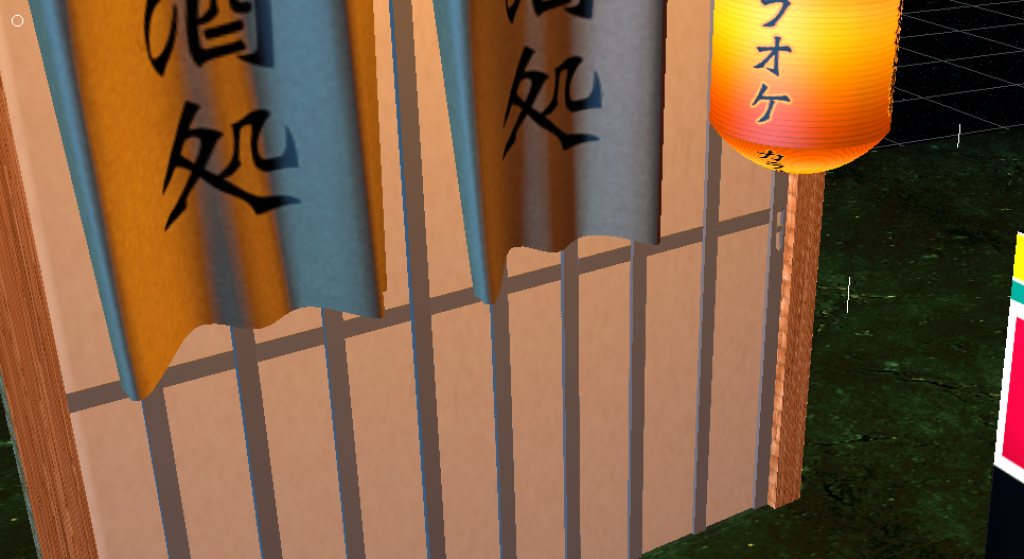 Here we are now 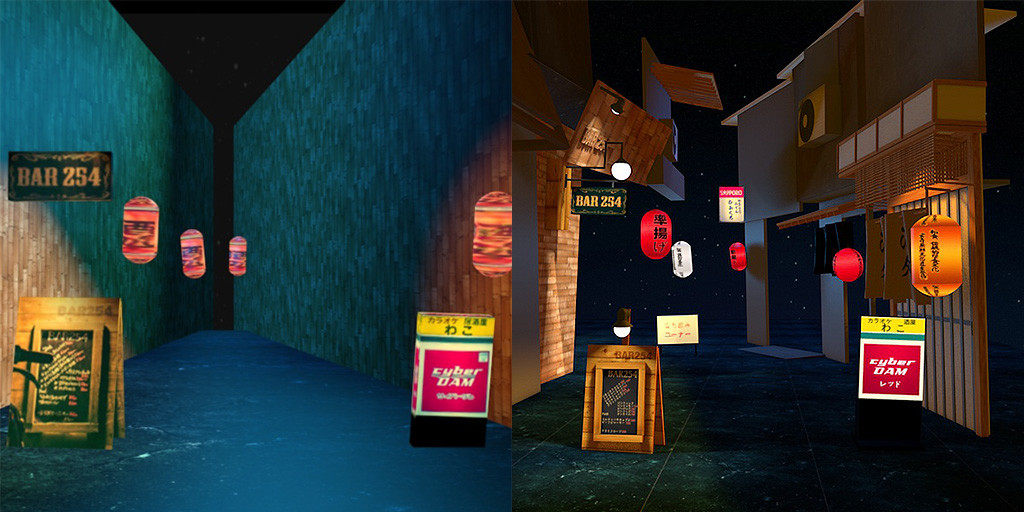 All-in all, we’re getting pretty close now. With the shadows, better lighting and more objects in the street, it’s actually starting to feel a bit cosy.

Next is finding more details in the photo and adding them to finish it off.