Day 1 of Learning 3d 🎮 I learnt how to make shapes, move, rotate and scale them + how to texturize, and add colored lights 💆

Today is the first day of my challenge to learning 3d. I want to create a Tokyo street scene in 3d. I’ve never done any real 3d before.

I spent a few hours on this I think while taking breaks from coding. I never really understood where to start. So what I didn’t know is that 3d usually starts with a basic shape. I thought you’d just sketch a shape yourself. But you start with a basic shape like a cube, circle, or tube. And you scale and adjust your shape into the object you want to make.

Here’s some mini quick tips from what I learnt.

Use the green, red and blue axes to strafe slide your object up, down, left, right and in the depth or back. Drag the 3 yellow mini squares on your object to stretch it out and scale it in any axis.

I have only some idea of what the buttons in Cinema 4D do now. I only use the top menu bar. The first button with the default mouse cursor is the default tool. You can use it to drag stuff. I think you can also use the second button with the drag icon to drag stuff. I have no idea. I do know the yellow recycle icon is the rotate tool so you can rotate your objects. Also at the right you see buttons to add light and a camera. If you hold these you can select different lights. I mostly use spot lights. The camera button creates a default camera on the view you have now in Perspective. So that’s useful because if you then move in Perspective view, your camera can stick there so you can render that camera view. 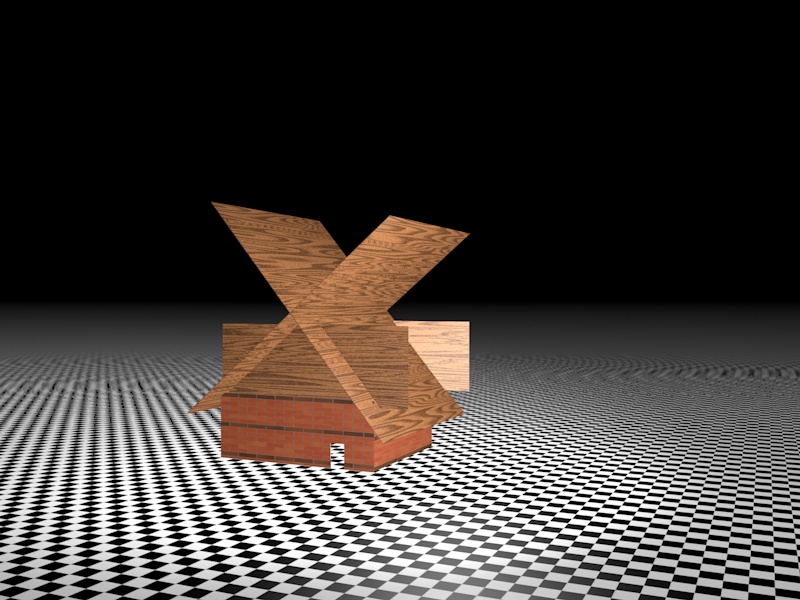 Okay I know it looks ridiculous. It looks more like a native indian roof mixed with a house. I used the standard textures. Yes, the world is a tiled floor to breakdance on. 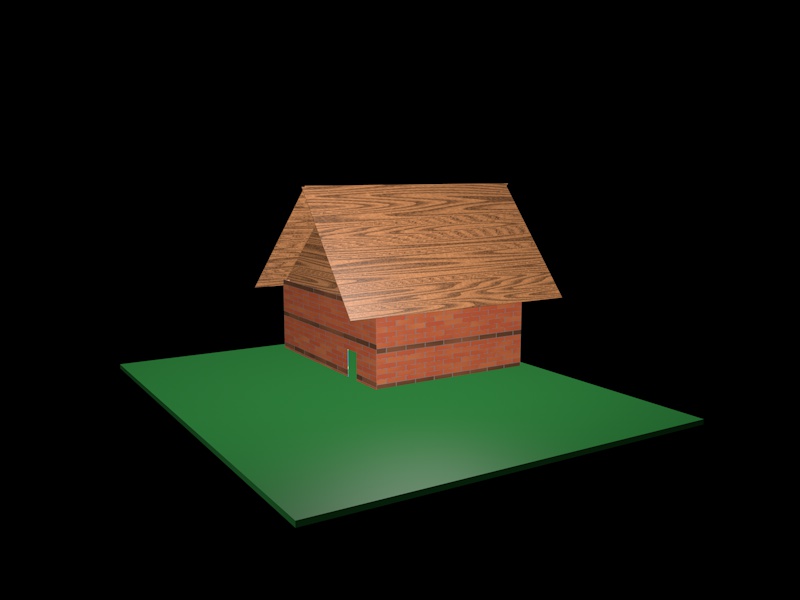 To fix that roof, I learnt how to substract the shape of one object (in this case the roof) from another object (the front wall of the roof), to make a triangle for the front porch.

Then I was sick of everything and hated it so much I thought this would never work. So I went to do a lot of coding on other stuff.

Then I came back a few hours and remodeled my house. Actually I scrapped most of it except the main green plane. And I loaded a texture of asphalt on to that. I was able to set the photo as a reference in one of the views. I wasn’t able to put it in the Perspective view (the one I used to make the main scene) though. Which made having the reference kinda useless, because now I can’t overlay it with objects. So I just use it to look at now (in the bottom right) and model in the Perspective view (top right). 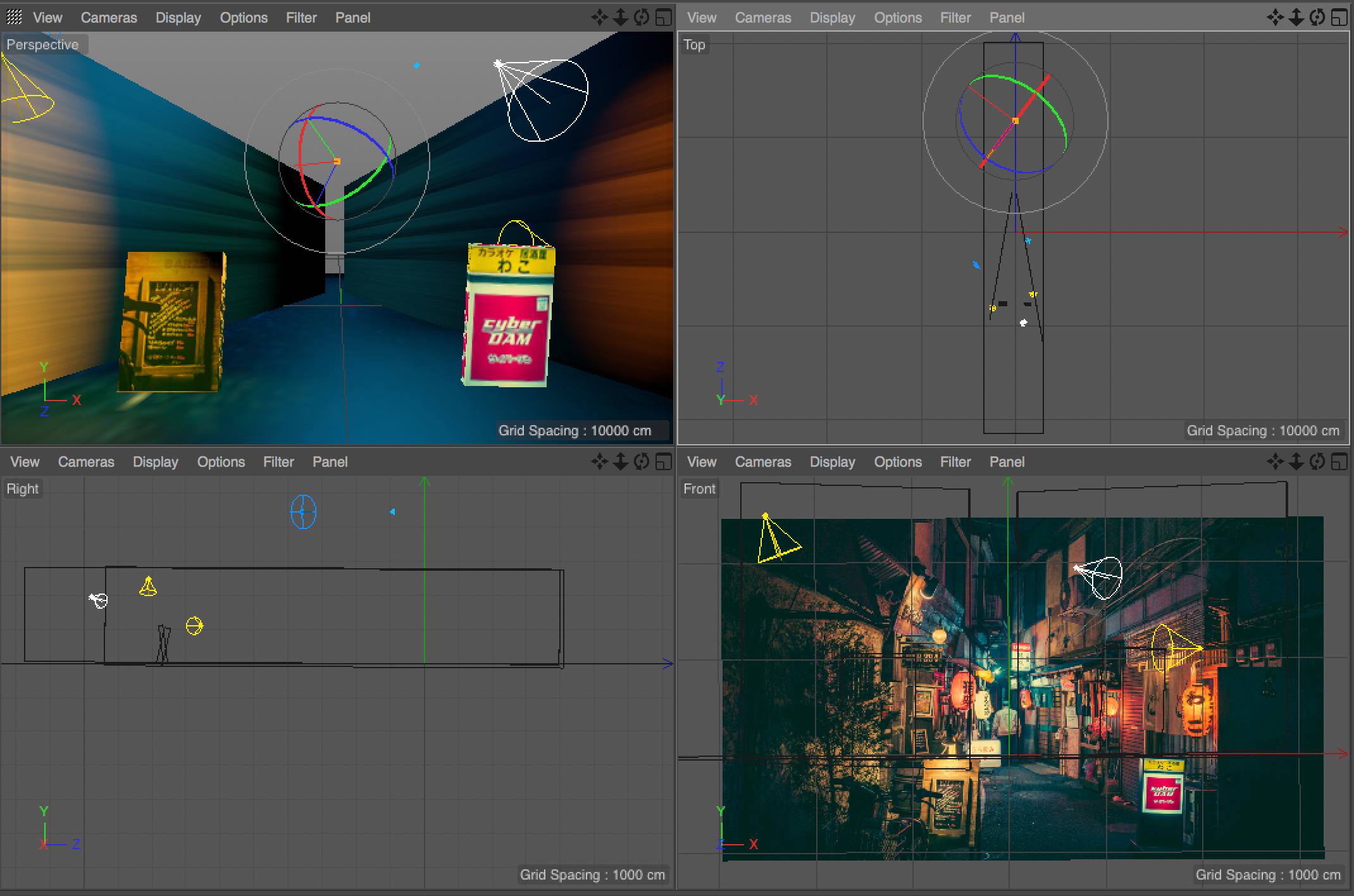 I also copied some textures from the photo and used Photoshop’s distort tool to make them flat to fit as textures. 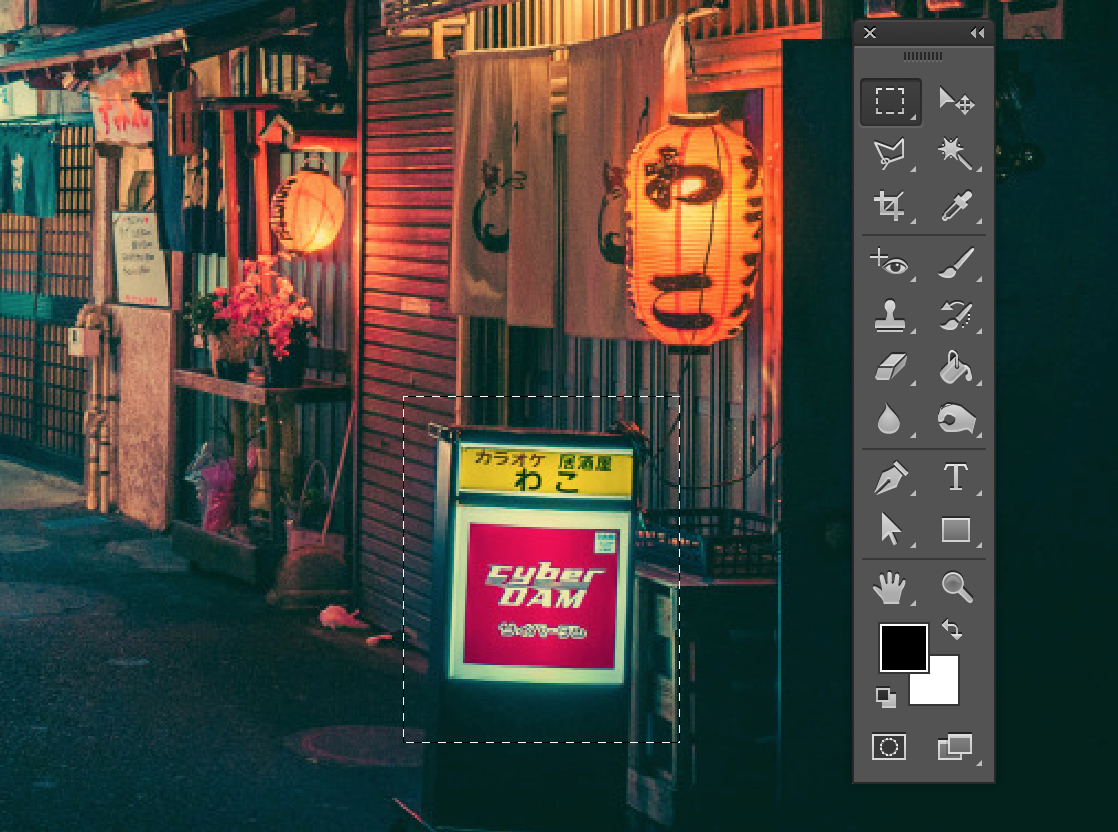 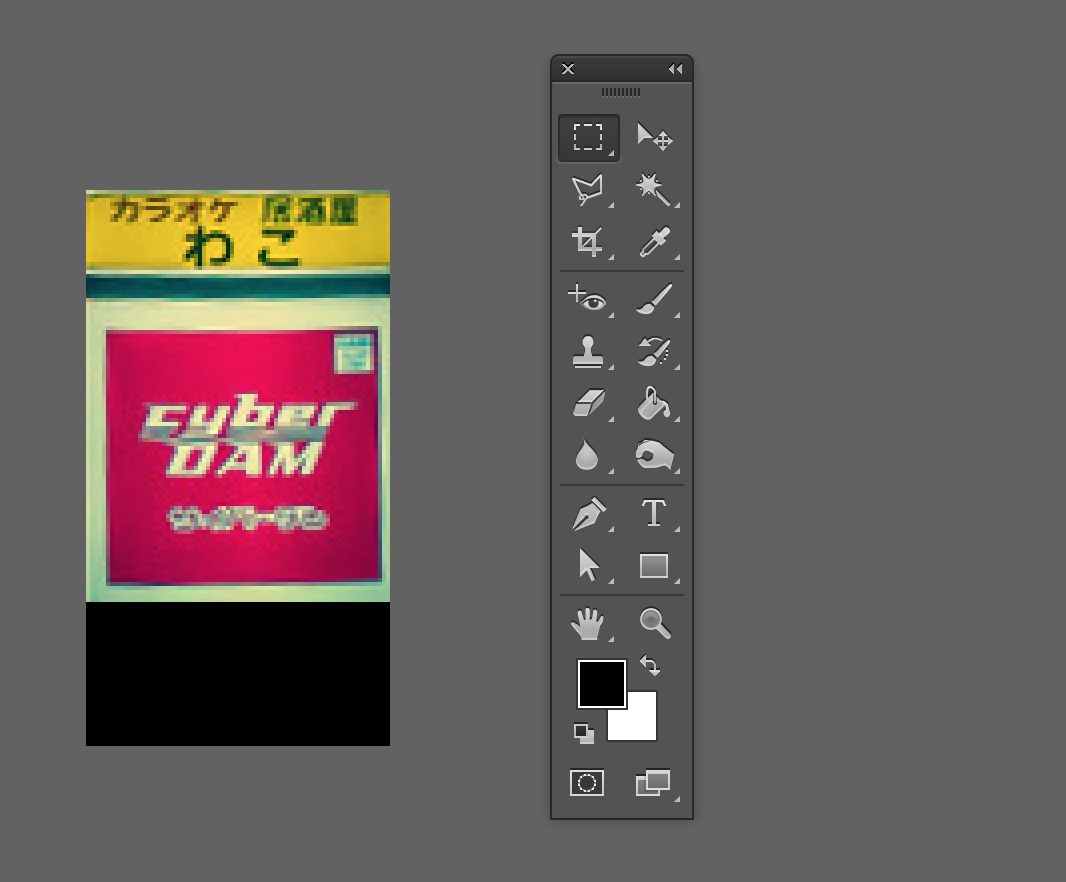 The problem is even though the original photo is relatively high res, using cut outs as textures is not high res enough. So I’ll probably have to do some Googling to remake many of the textures myself in high res. 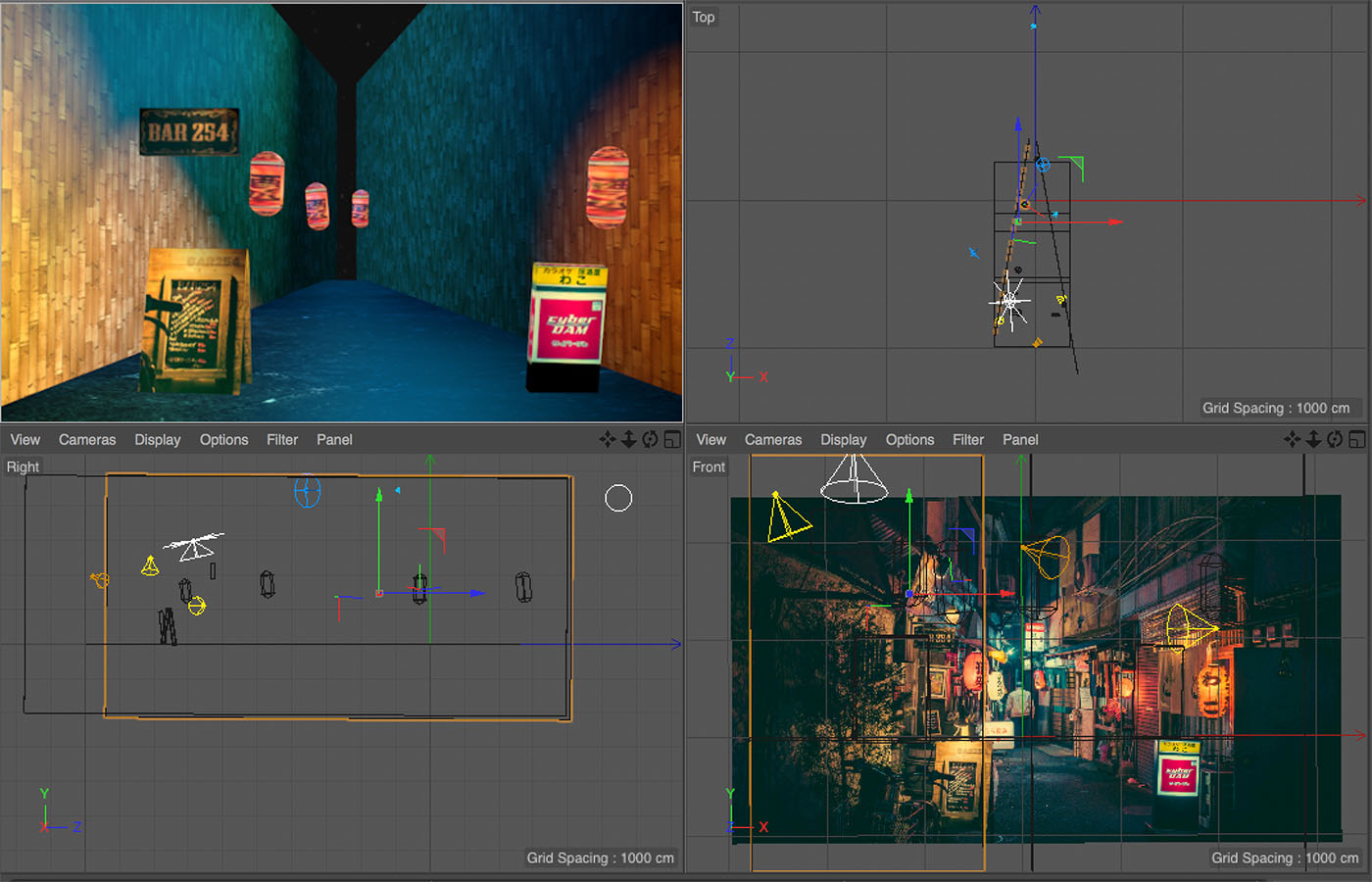 So here we have it. The results of day one. 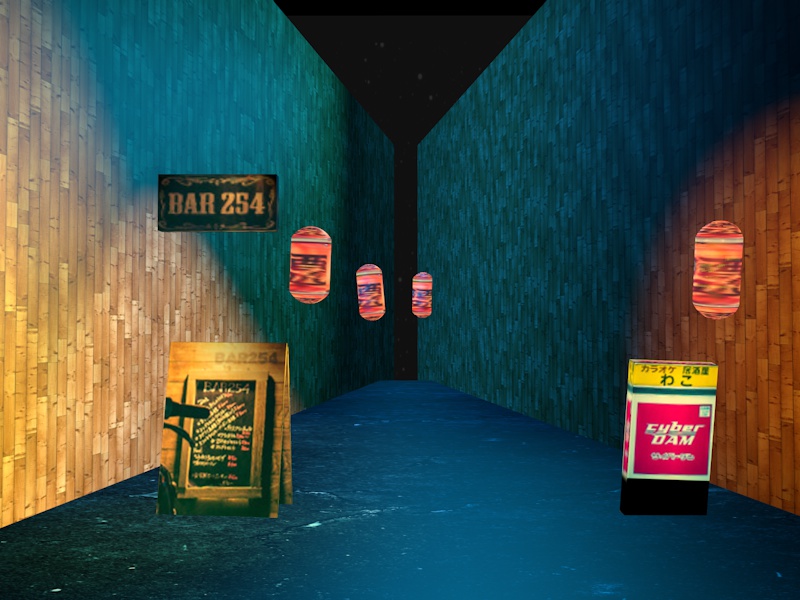 And here’s a GIF comparing the two:

After a few days, somebody visited the street I’m modeling.