I got a message today from Archie (@suparchie): 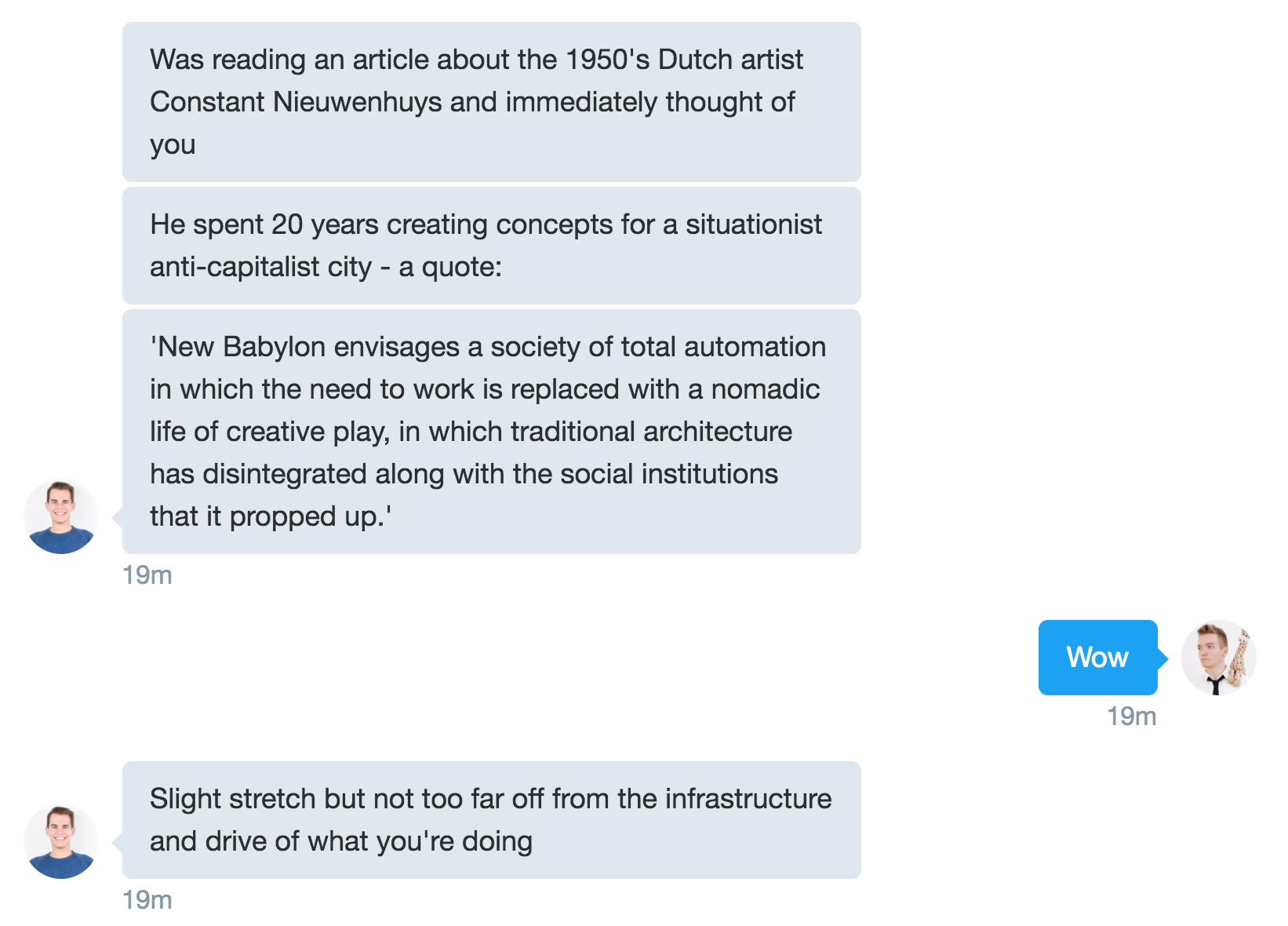 Constant Nieuwenhuys (1920) was a Dutch artist who co-founded Situationism in 1957. This was a short lived art movement that didn’t really take off much, back then.

Situationism is the theory that human behavior is determined by surrounding circumstances rather than by personal qualities.

Thus, the idea that your environment dictates who you are and what you do (and how you express yourself creatively).

In 1956, the Dutch artist Constant Nieuwenhuys started working on a visionary architectural proposal for a future society

He wanted to build a city around this concept.

Sixty years ago, he predicted exactly what’s happening now. Jobs are getting automated away and the growing trend is that people are moving from settled down lives to moving around nomadically. 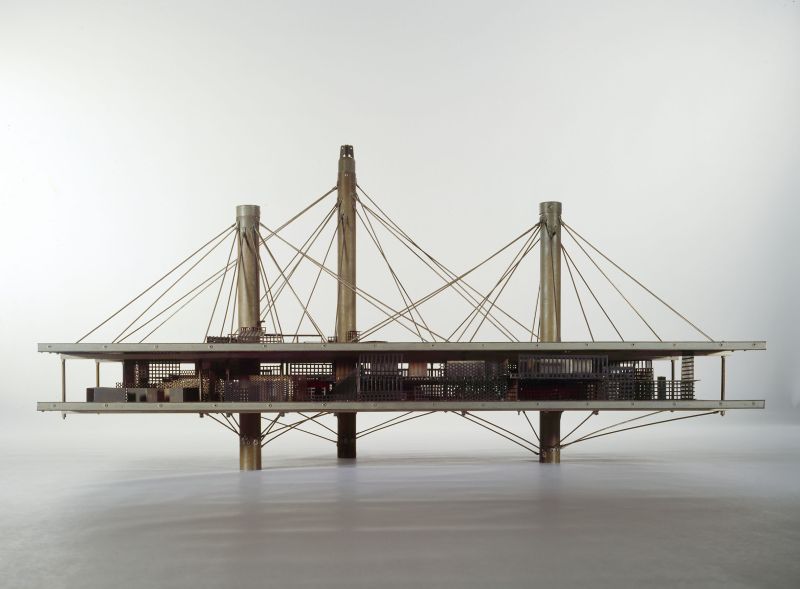 New Babylon was elaborated in an endless series of models, sketches, etchings, lithographs, collages, architectural drawings, and photocollages, as well as in manifestos, essays, lectures, and films. New Babylon is a form of propaganda that critiques conventional social structures.

Like most people in that time, Constant was convinced this development would happen through actively designing cities. 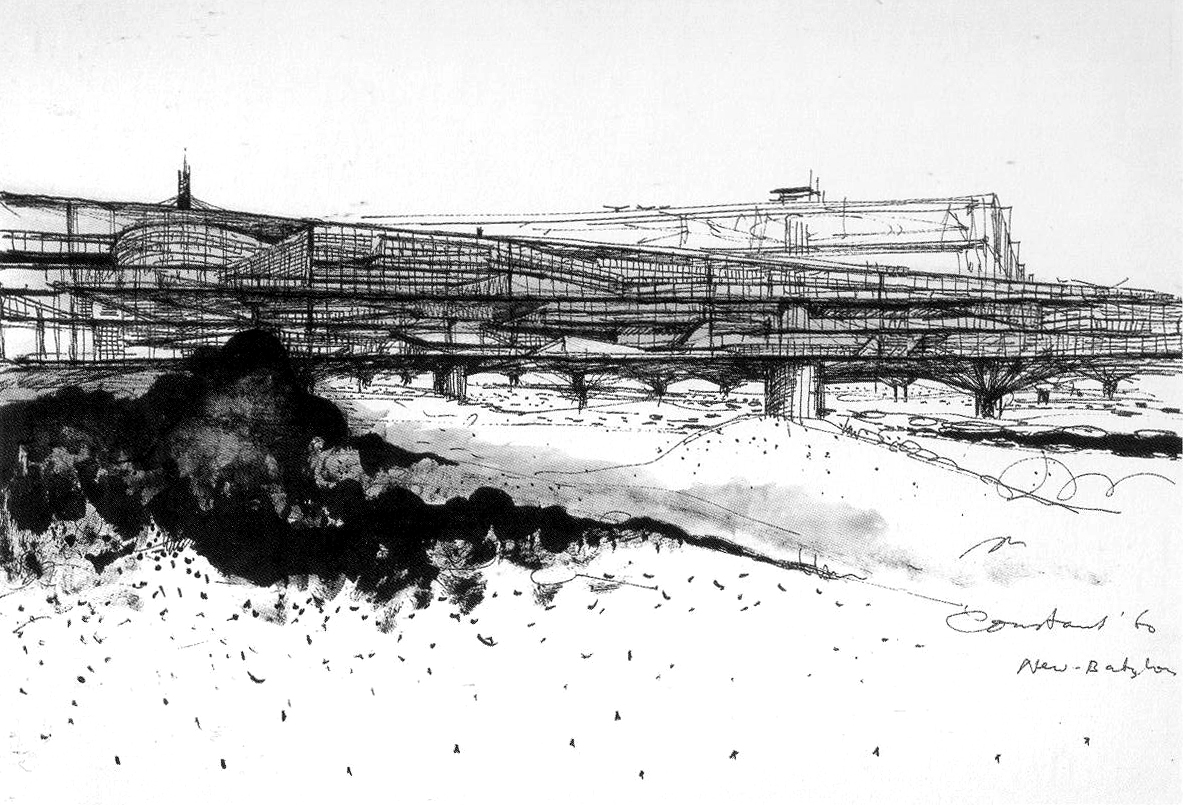 In our time, most of these developments are not enabled by architecture, but instead by the internet. And our movement is not limited to a city, but spans worldwide, as travel to the other side of the globe has become commonplace for many.

Constant insisted that the traditional arts would be displaced by a collective form of creativity.

As our tools have become cheaper and easier, we’re now all photographers, film makers, designers and musicians and we create (and share) collectively on the internet. Art has become democratized and collectivized.

… work is replaced with a nomadic life of creative play

The nomadic life is intrinsically creative. The places we go to feed us with inspiration from what we see, hear, feel and smell. And the people we meet over the internet we collaborate with creatively.

It gets interesting at 16 minutes where the moderator (Hans den Hartog) rightly asks: