How to export your Slack's entire archive as HTML message logs

My chat community on Slack for digital nomads, called #nomads, has almost 4,000 members now. And it’s been going for almost a year now (actually, exactly 6 days and it will be one year, wow!).

But then @reustle messaged me today:

So Slack actually had an export function, which free users can use too. Awesome! Slack had this for ages, I just never saw it myself.

Slackbot will send you a message when it’s ready with a download link:

The problem is that this export is a .ZIP file full of JSON files.

Everything IS in fact in there, but it’s pretty hard to read.

Also all usernames are replaced by user ids, and there’s no user images to be found in the chat logs. They’re in a different file called users.json. All channel names are also replaced by channel ids, which can be found in channels.json.

Point is, it’s a big maze of files and data.

So I wrote a script that ties everything together and outputs nice Slack-looking HTML files of your entire JSON export. Automatically! 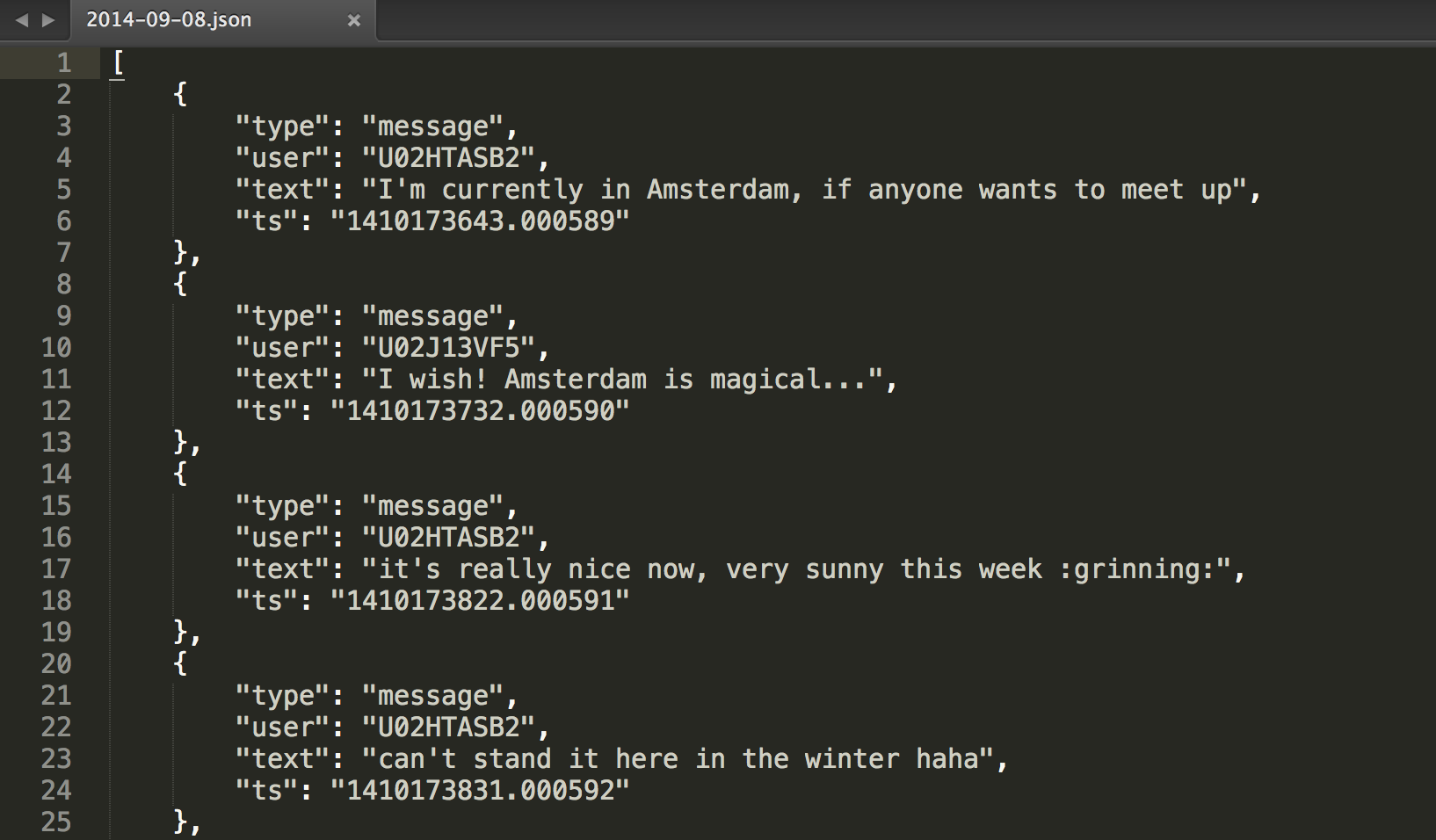 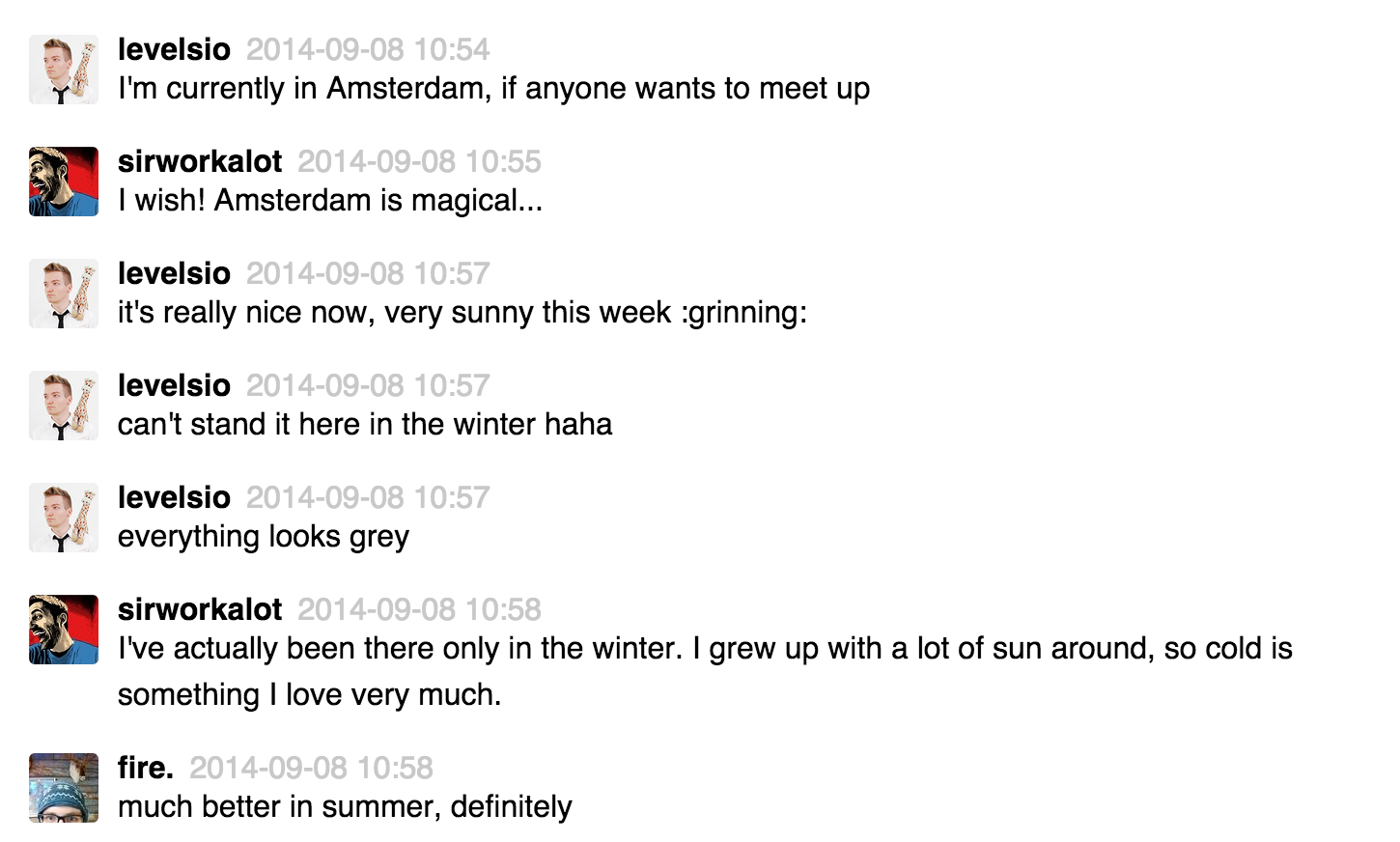 Here’s how it looks when you run it:

And here’s how the output looks in a browser:

You’ll need to run it from your shell in the folder of your extracted (!) Slack export ZIP file. It will then make a folder called slack2html above the folder your in with all JSON and HTML files.

As mentioned, a search interface would be cool to make too, so if anyone would like to fork my Gist script and add that in the HTML, go for it!