How to 3d scan any object with just your phone's camera

If you want to learn how to 📦 3d scan any object with just your phone's 📸 camera: in this thread I will explain how to do that for free 🙃 pic.twitter.com/uiW9EQYMvE

Something many people don’t know is that these days you can 3d scan any object with just your phone camera. It’s called photogrammetry, it’s really cool and looks like this: 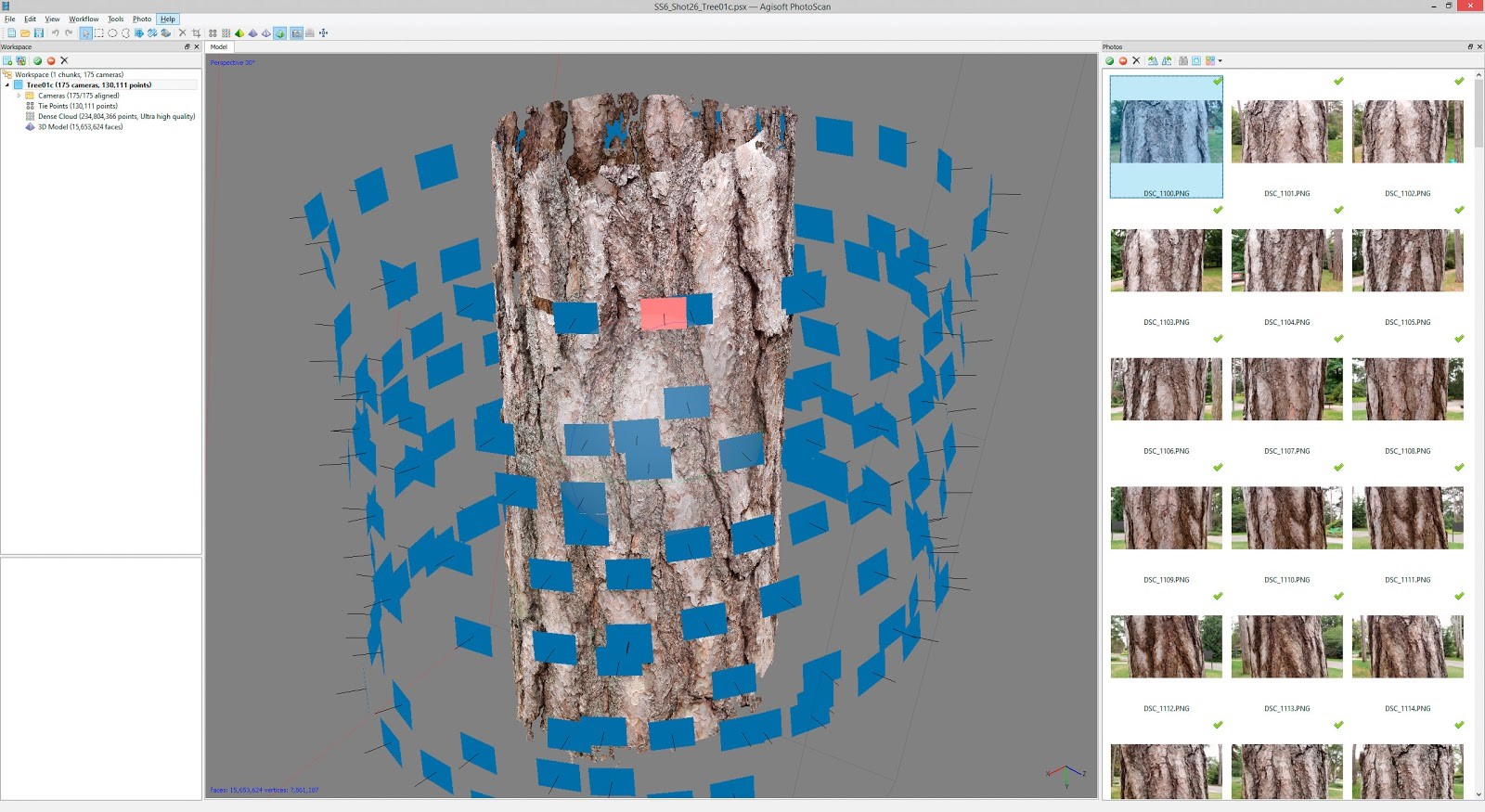 You can also use hundreds of cameras to do it: 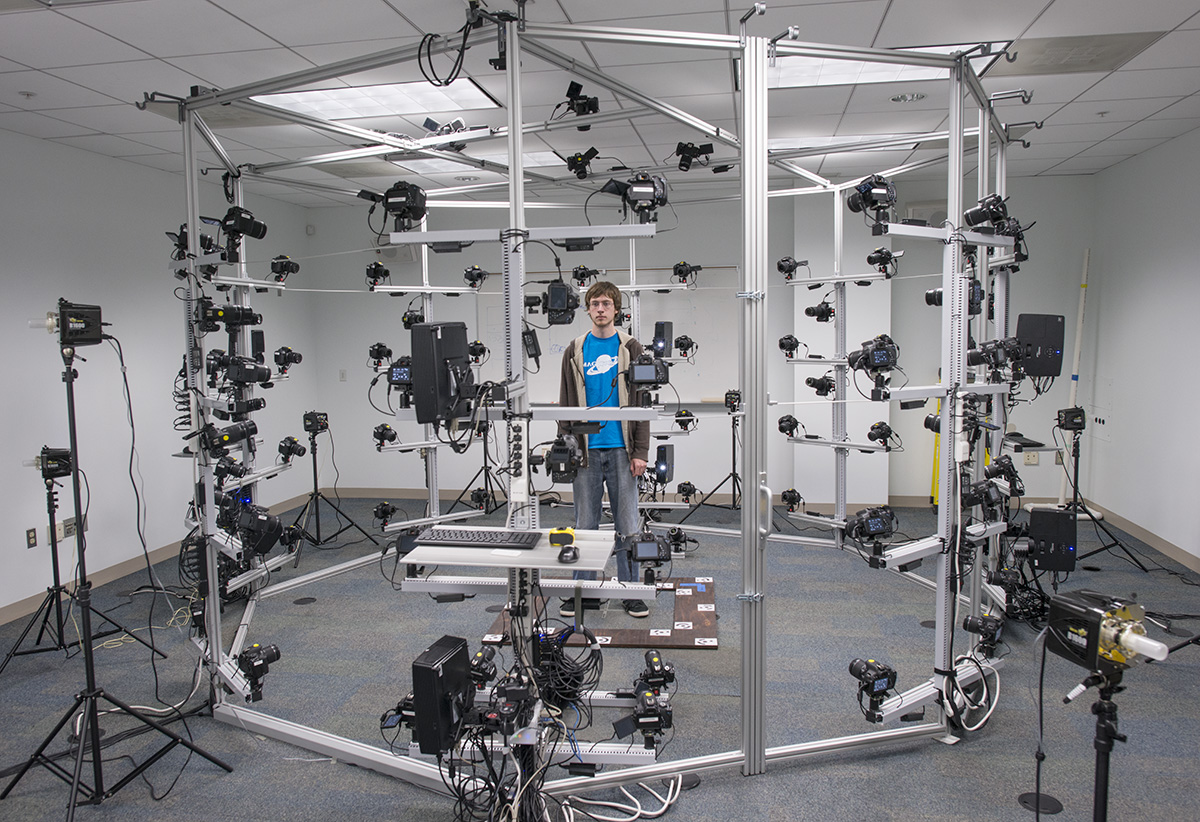 The idea behind photogrammetry is that you take lots of photos (50 to 1,000 to even more) from different angles of an object, left, right, up, down, front, behind and software then stitches together lots of photos (from 50 to 1,000). 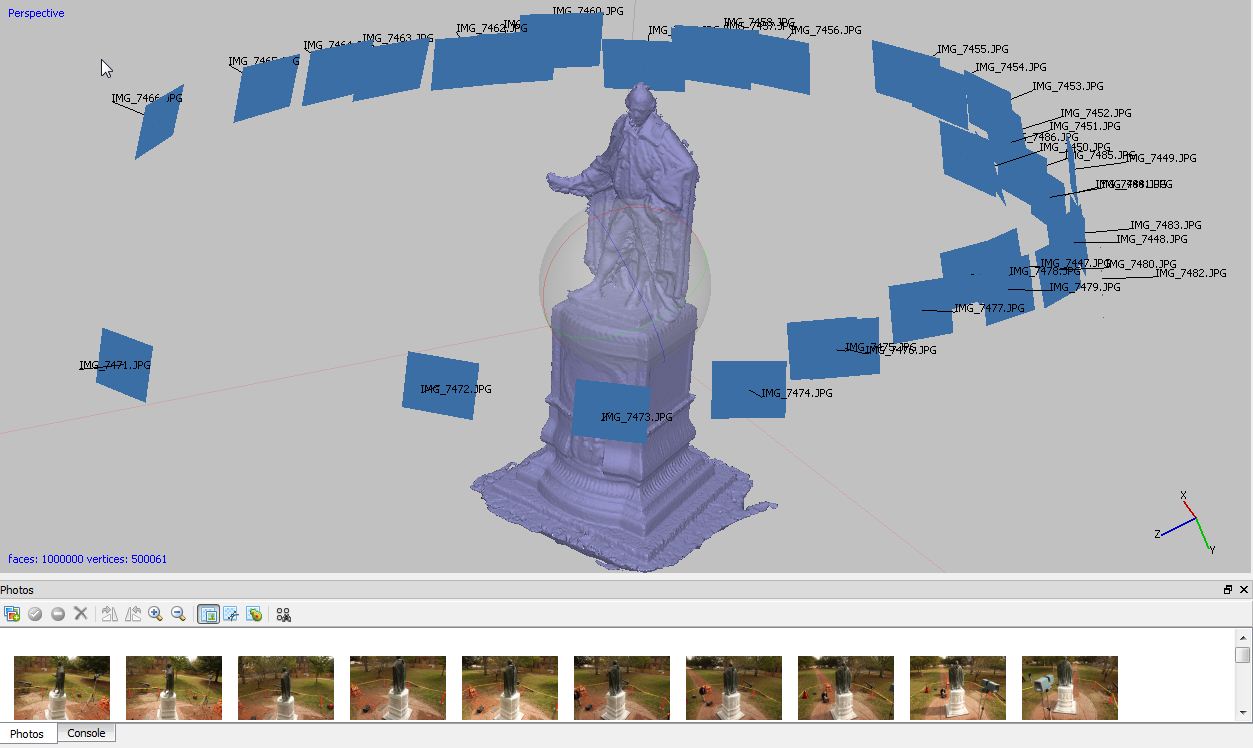 It figures out the angle each photo is taken at and based on the differences between the photos figures out 3d depth data. It creates something called a “point cloud” of 3d points: 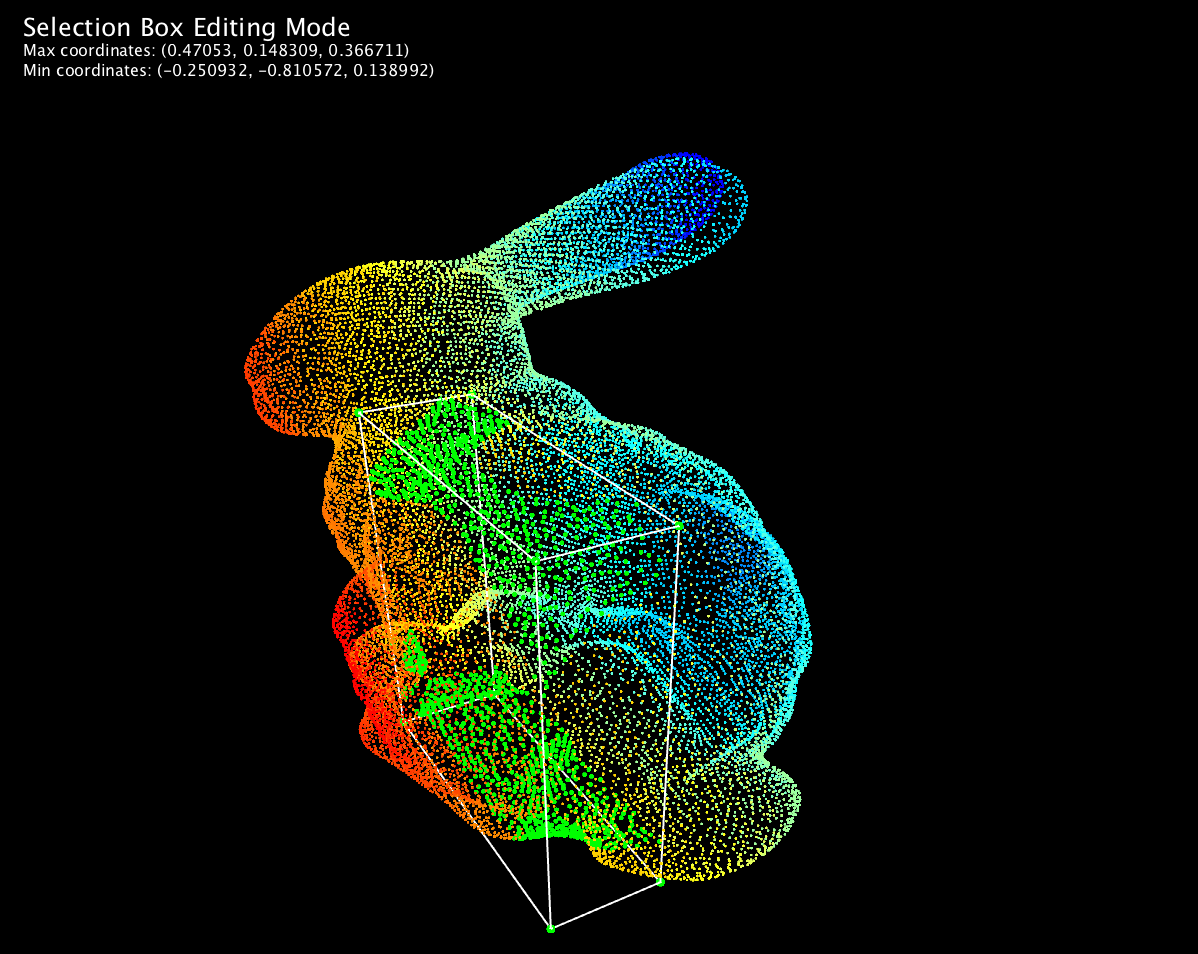 Now, you’d think that photogrammetry would be nice in theory, but in practice? Well, it actually works really really well. So well that in many cases it’s sharper than an average infrared or laser based 3d scanner.

First, take lots of photos of your object. In my case, I shot pics of a classic ornament in my parents old house that they want to 3d print for their new house. I know, I know, it looks demonic AF: 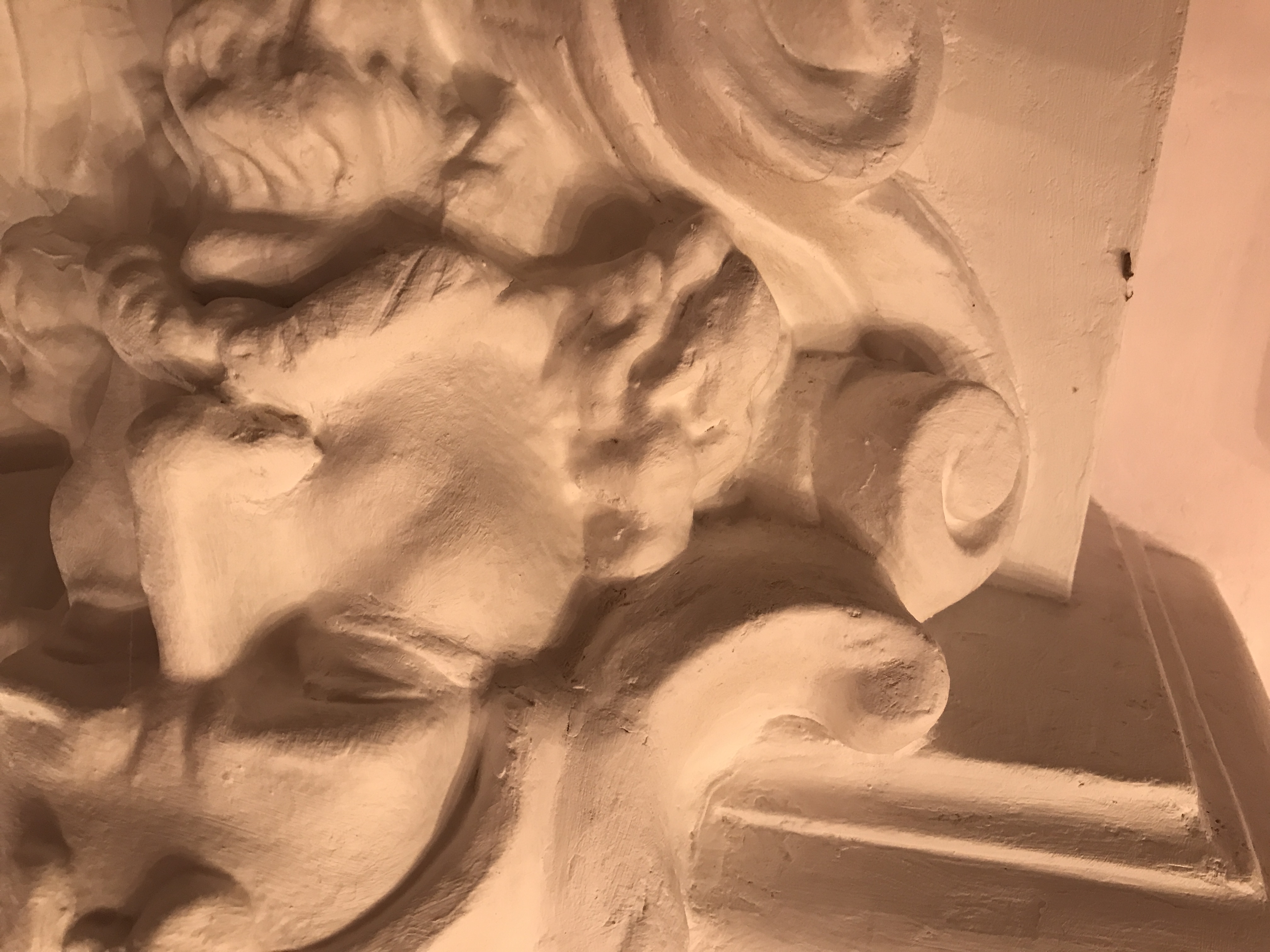 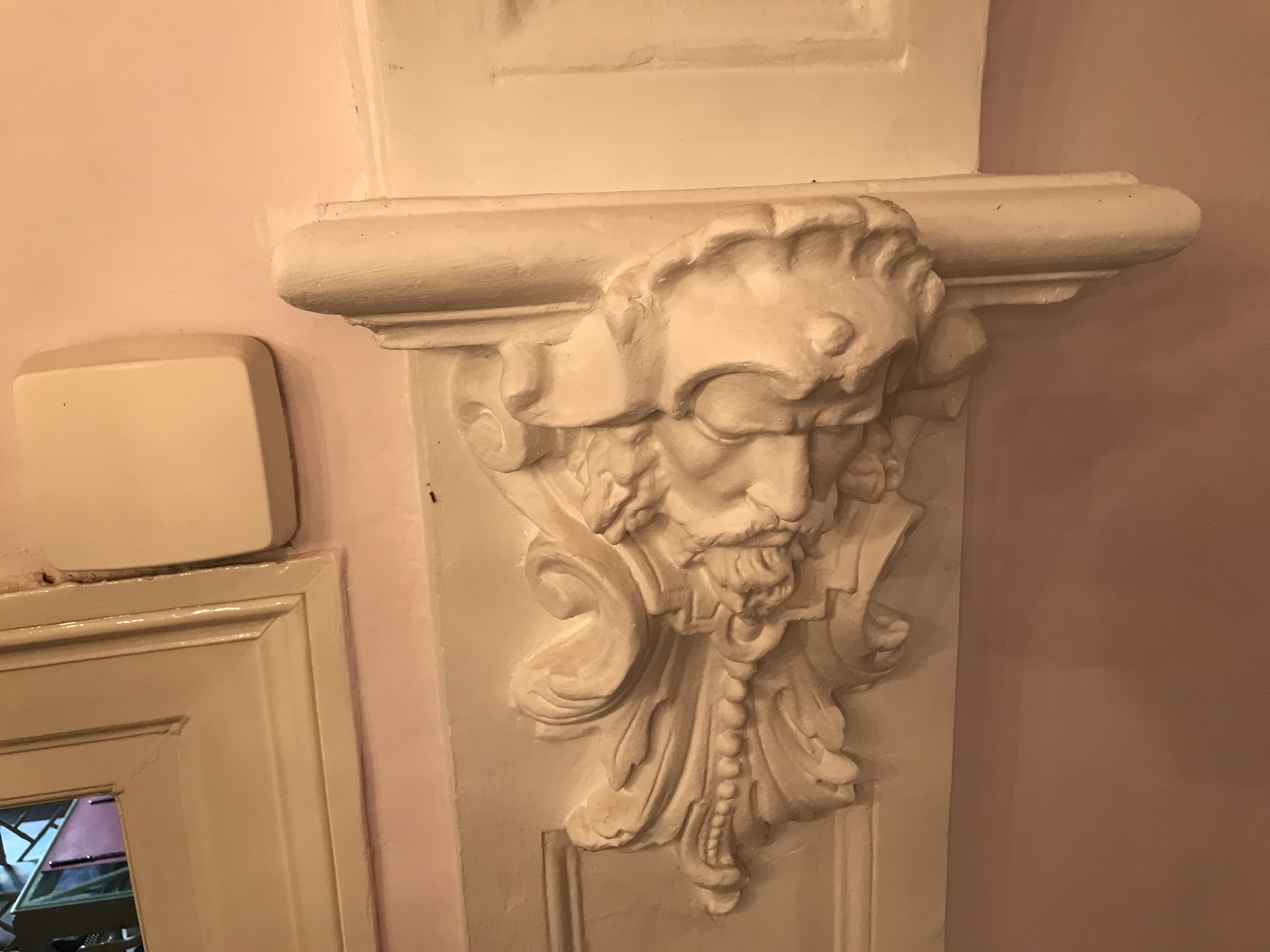 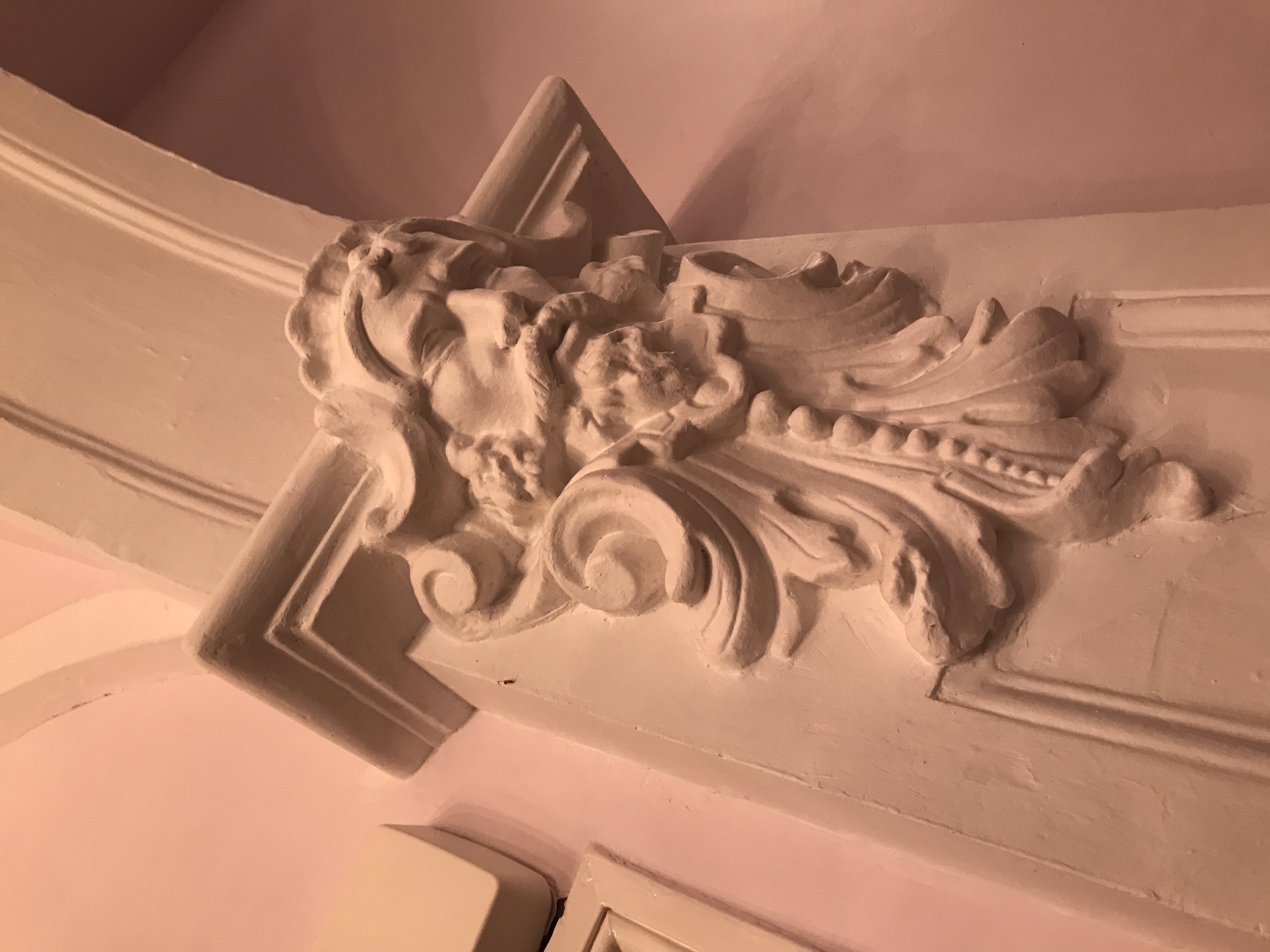 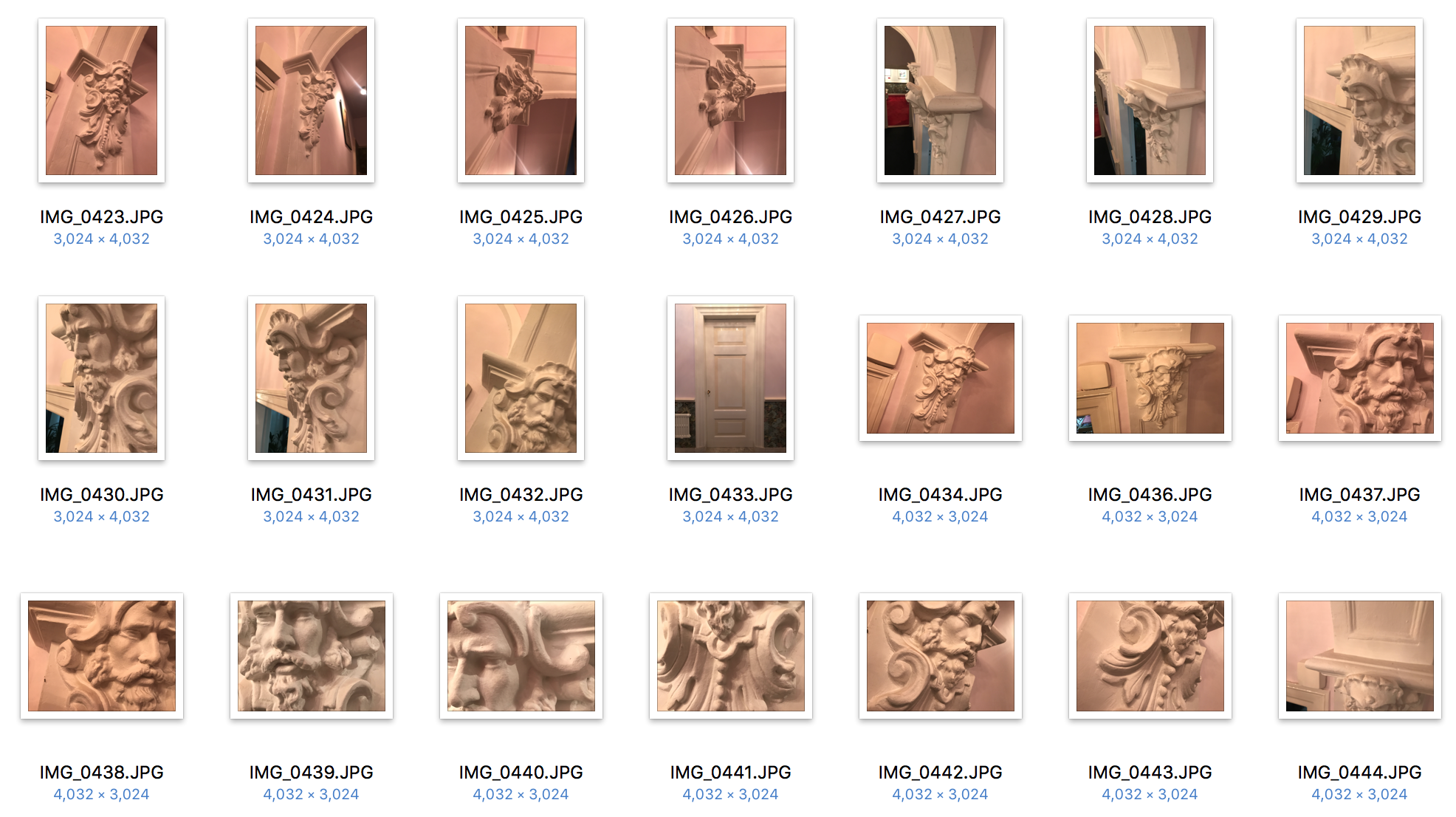 Second, send your photos to your computer (use Airdrop etc.). 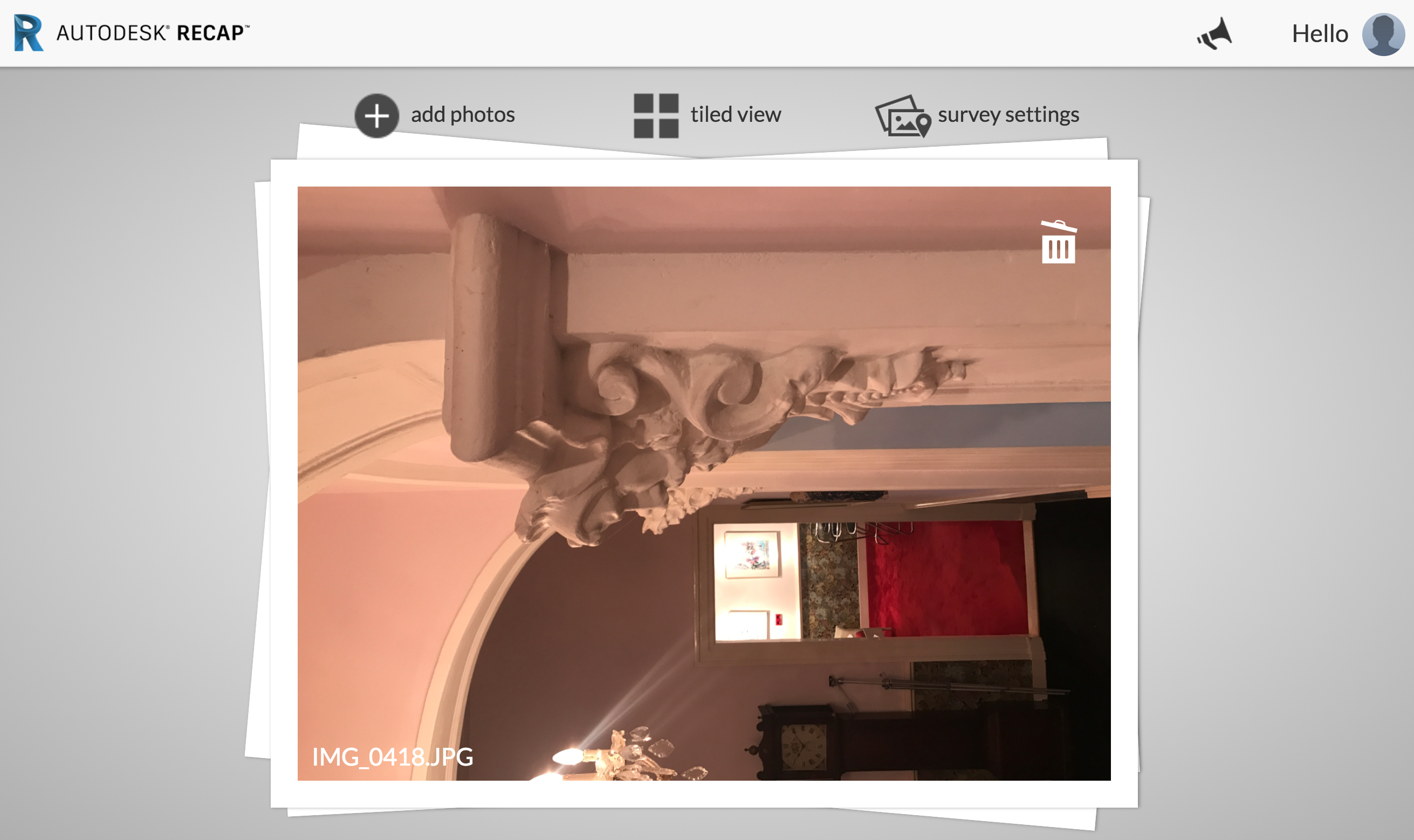 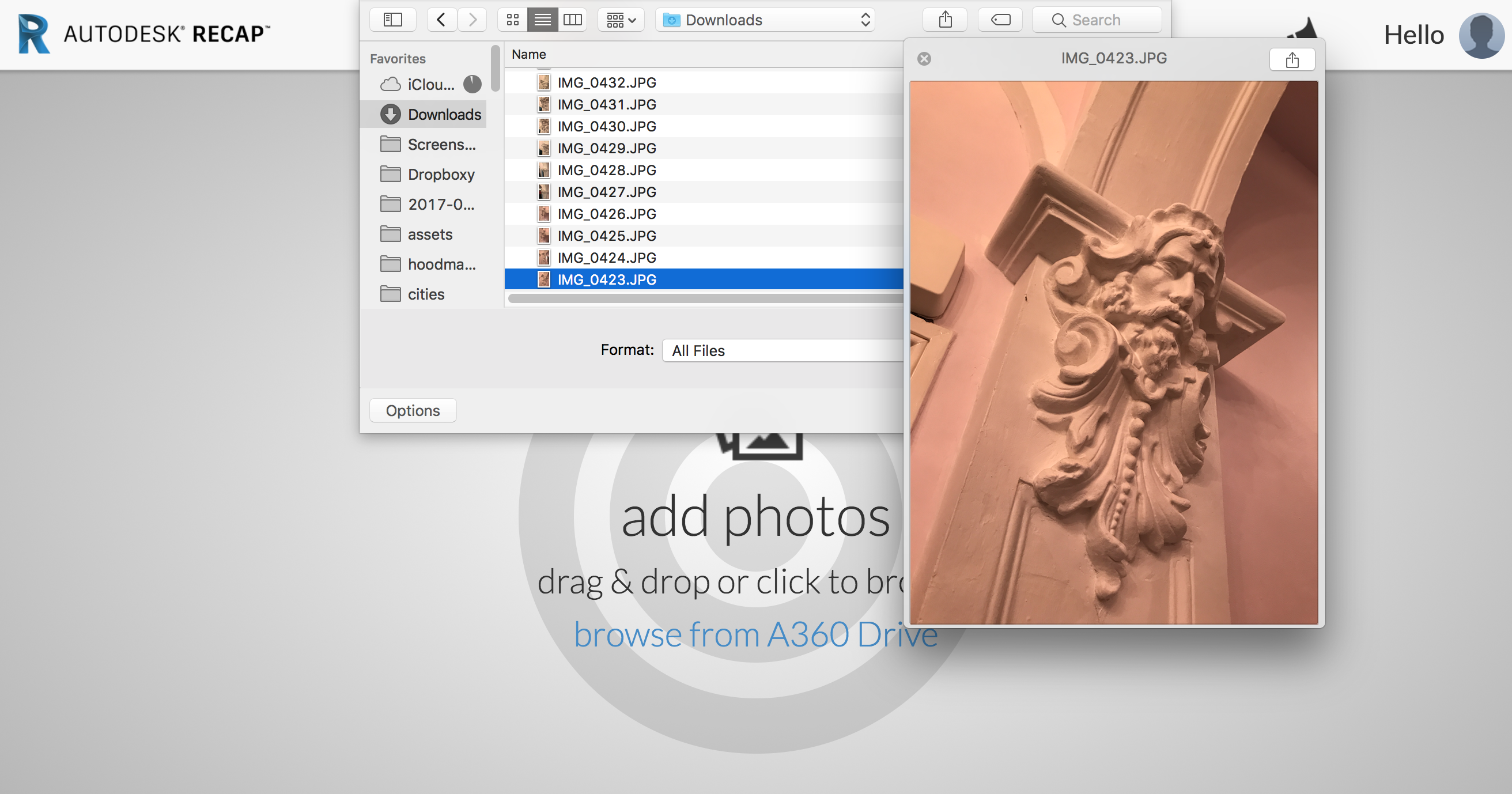 You then get back a 3d model. You can view it in 3d on Autodesk’s site. 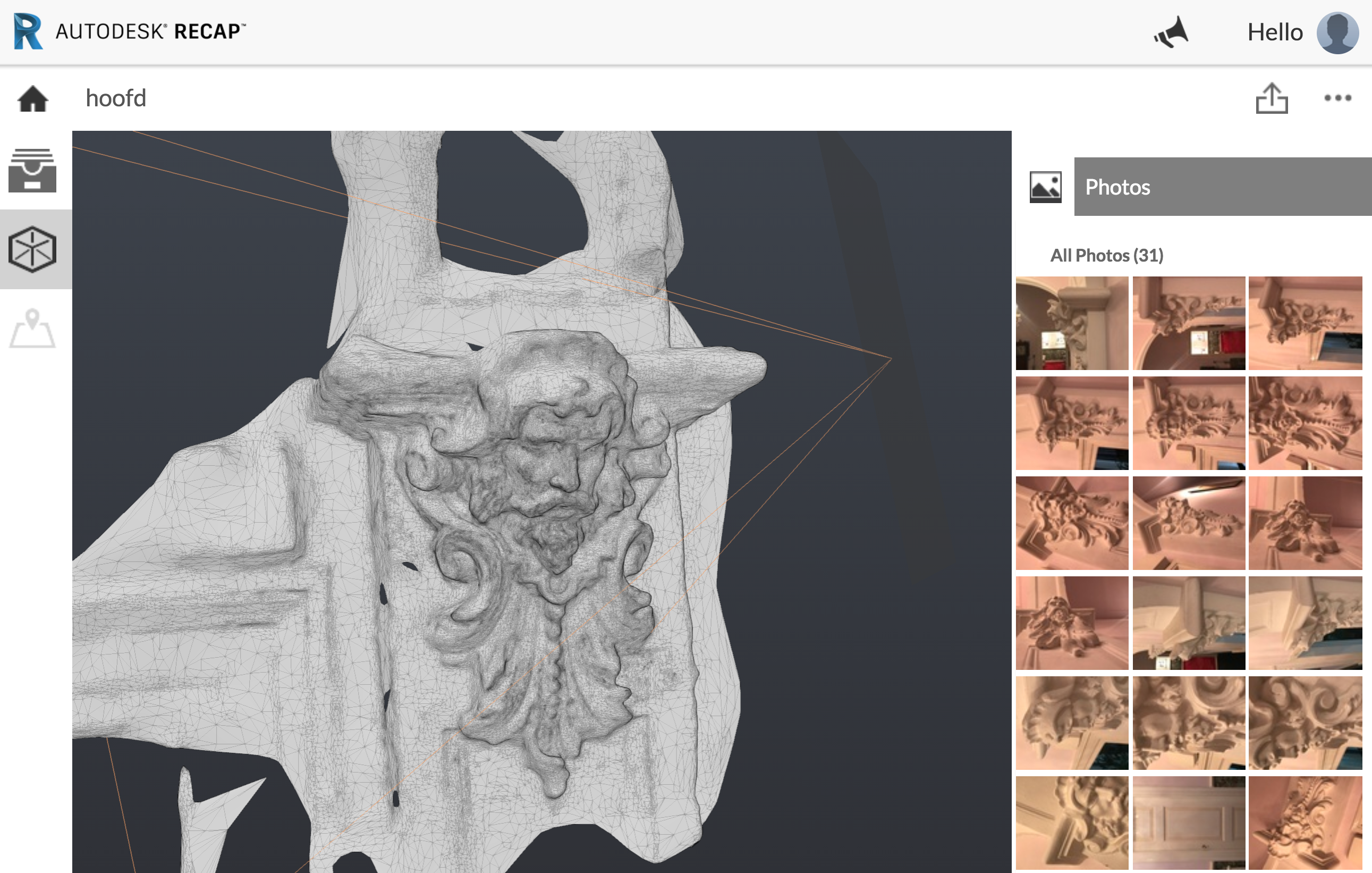 Better yet, you can download the 3d model as an zip file that has 3 files. 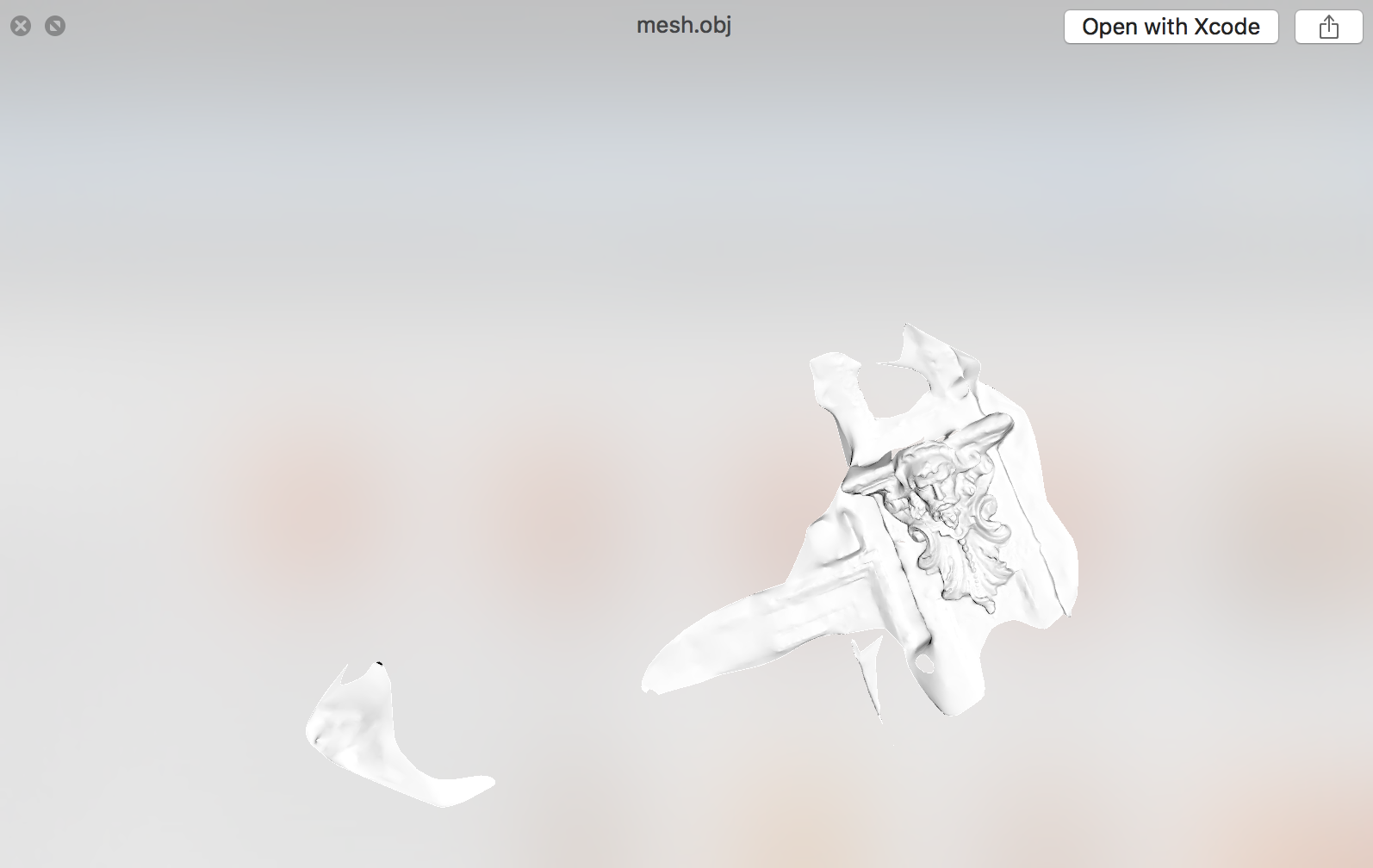 .. a material file .MTL and a texture file as a .JPG that’s simply a raw image of the textures it projects on your 3d object. 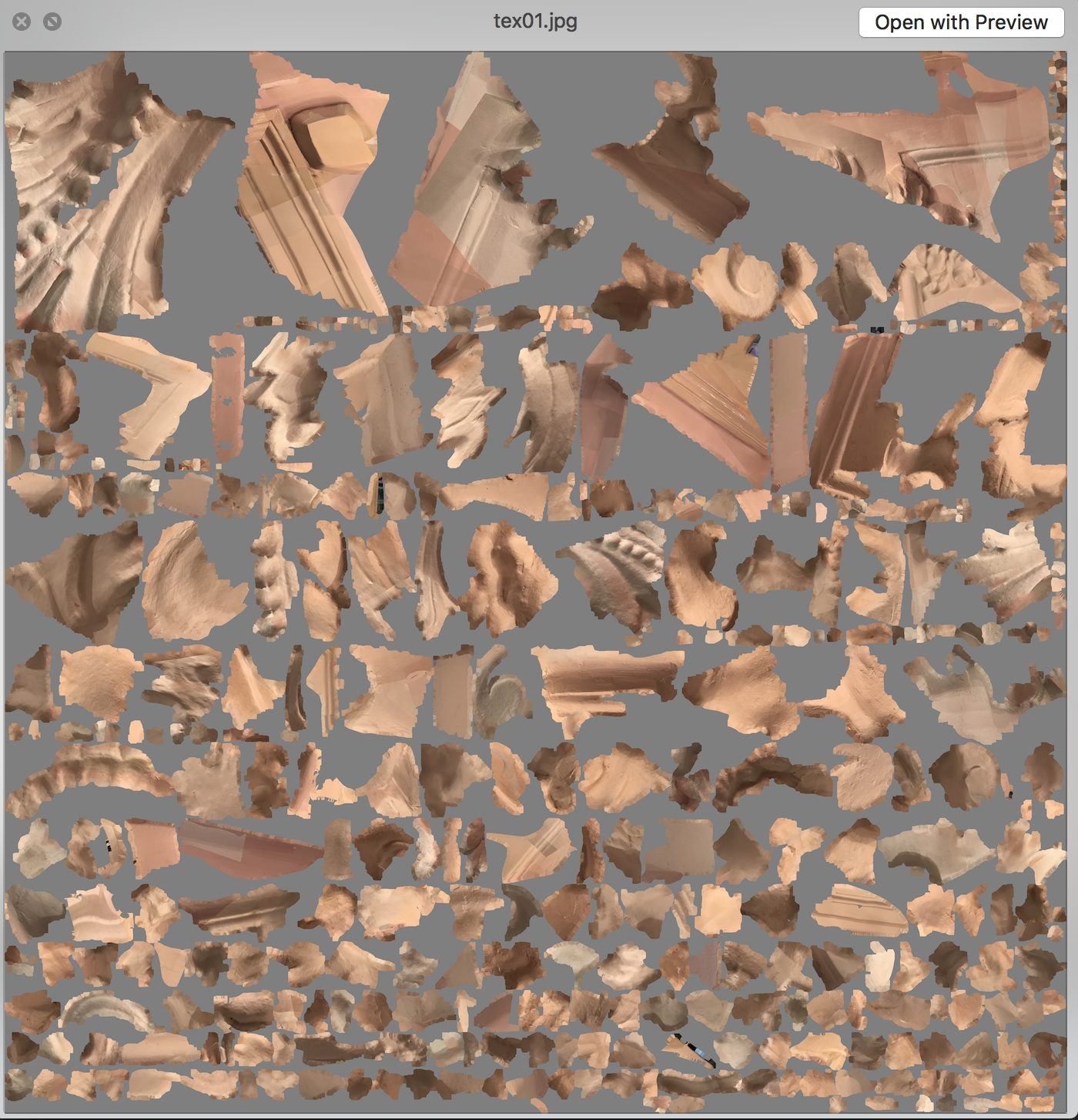 What to do with your 3d object?

There’s 3 things you can do now:

To share your object with the world, you can upload it to a site like Sketchfab. It’s a 3d model sharing community where anyone can upload, download and share 3d objects, not just 3d scans. Here’s my model:

Thing is, Sketchfab also have a great mobile app for iOS and they just introduced AR with iOS11’s ARKit. That means with a few taps you can place your 3d object back in IRL:

One more thing 😊 you can put your 3d scanned object back IRL into ✨Augmented Reality with @sketchfab’s mobile app pic.twitter.com/5qW244kvlo

If you have a VR headset or phone that supports it, the Sketchfab app also allows you to watch it with that. If you want to use your 3d object to make a game around, download Unity3d, and you can make a VR game with it (as I’m doing). Otherwise you can edit it in 3d with Cinema4D. 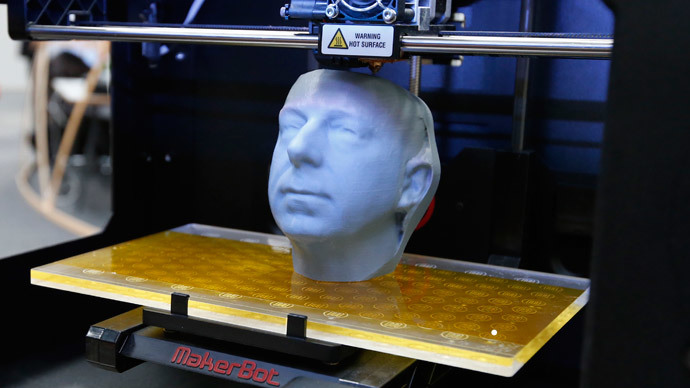 Any .OBJ file you can send to a 3d printer company and they can help you convert it into a 3d object to print. Some new 3d printers can print in full color now, but most still print a solid color, so you’ll have to paint it yourself.

What should I scan? 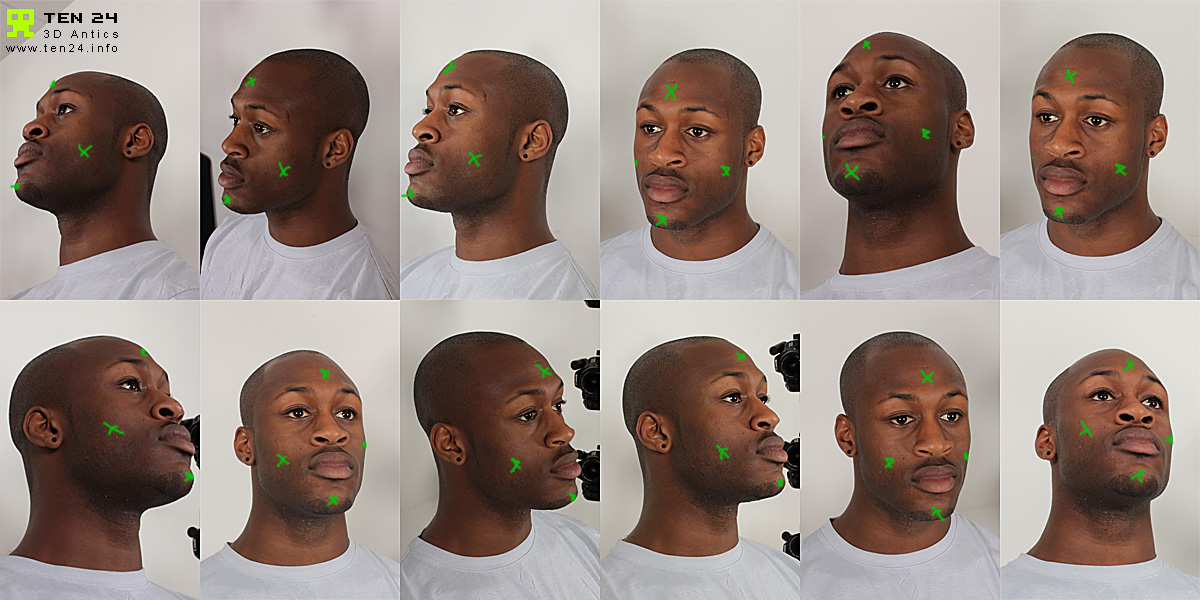 Try scanning someone’s face. They’ll need to sit still and the background needs to be somewhat empty and flat. You can use a white bed cloth and hold it behind for better results. Or if you have a DSLR camera, use its depth of field to make sure the background is blurry. The less background you get in the picture, the better idea the processing has of the object in the foreground you want a 3d model of.

An example of how I did it wrong today, with too much background stuff going on so that there wasn’t enough detail in the object (the head/face). 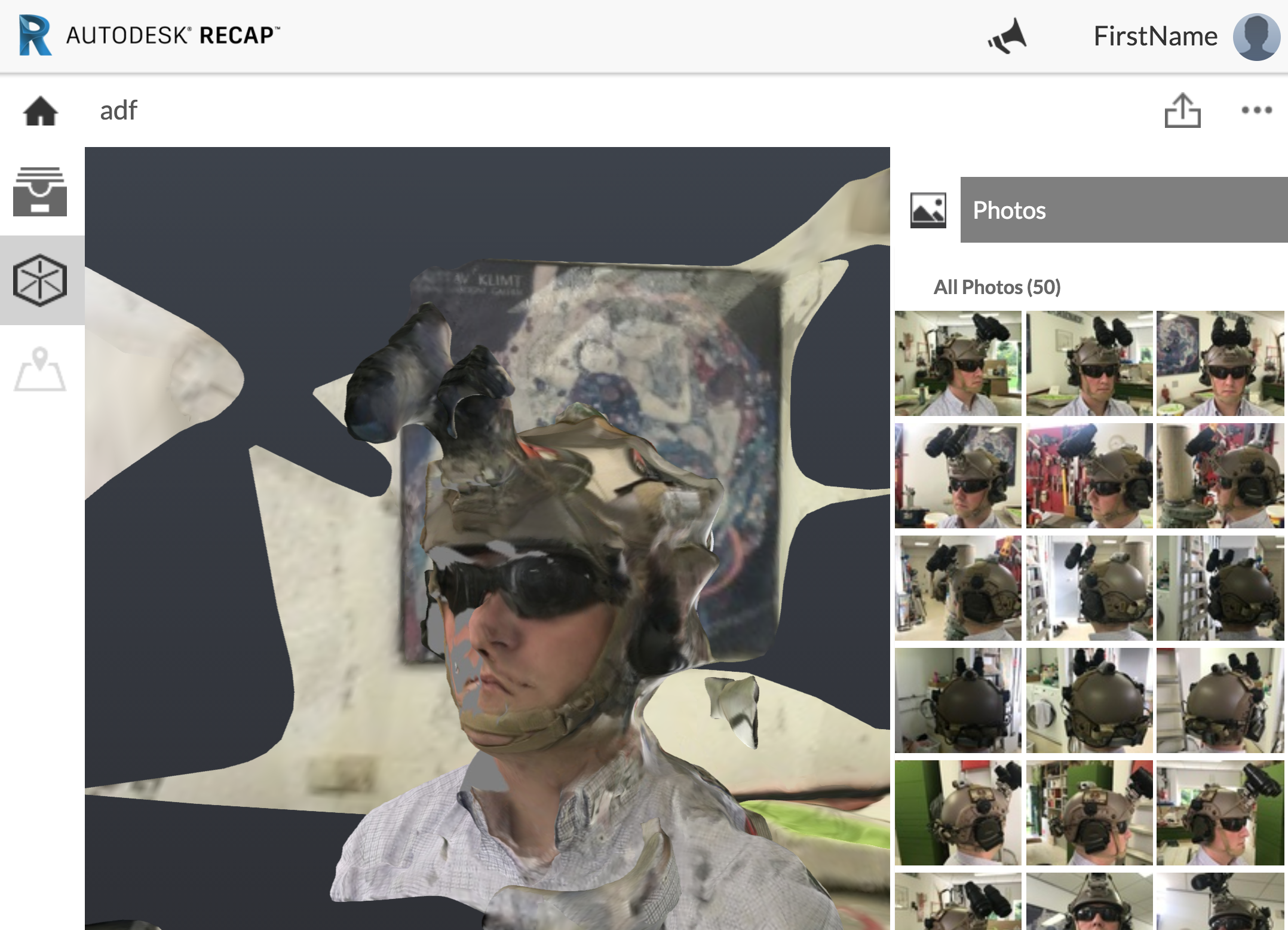 You can also scan nostalgic objects from your childhood, so you can save them in case they’re lost. You’ll be able to watch them from anywhere you are just on your phone.

Also think of touristic monuments you’ve been to that you want to save. The process is still wieldy, but it might be fun to try.

Photogrammetry isn’t perfect (yet). Best results are with static objects that you can move around.

It also might take a few tries to get it right. And Autodesk’s Recap360 is now limited to 50 photos per scan, which is fine for an individual object. But too limited for real big projects. They have a paid Windows app though (whyyyyy Windows and not OSX?!). But their entire product payment and download flow is absolutely horrid, so I’d just stick to the web app!

Photogrammetry does particularly bad with big areas like rooms where it has to figure out how every picture overlaps. In those cases it’s still better to use a real 3d scanner like Matterport, that I bought to 3d scan my parents house. That one uses infrared to get depth. It’s less sharp with individual objects, but for big spaces it works better.

Photogrammetry is cool new tech to play with. It’s not perfect yet, but rapidly improving. And it’s an example of a tech we need in the future to bridge the IRL world with the virtual. Because wouldn’t you want all your stuff in your VR beach house? Oh right, minimalism!