My chatbot gets catcalled

A year ago, I made a travel chatbot called Taylor. It uses data from Nomad List to give you recommendations on where to go and also tells you where you can work and sleep.

I launched it to Product Hunt and it did pretty well. Thousands of people have since used it.

I used stock photos to add a human persona behind the text-only chat bot.

@KateKendall made a good point how most chat bots have female names:

Mine was a unisex name (Taylor), but the original persona behind it was still a female: 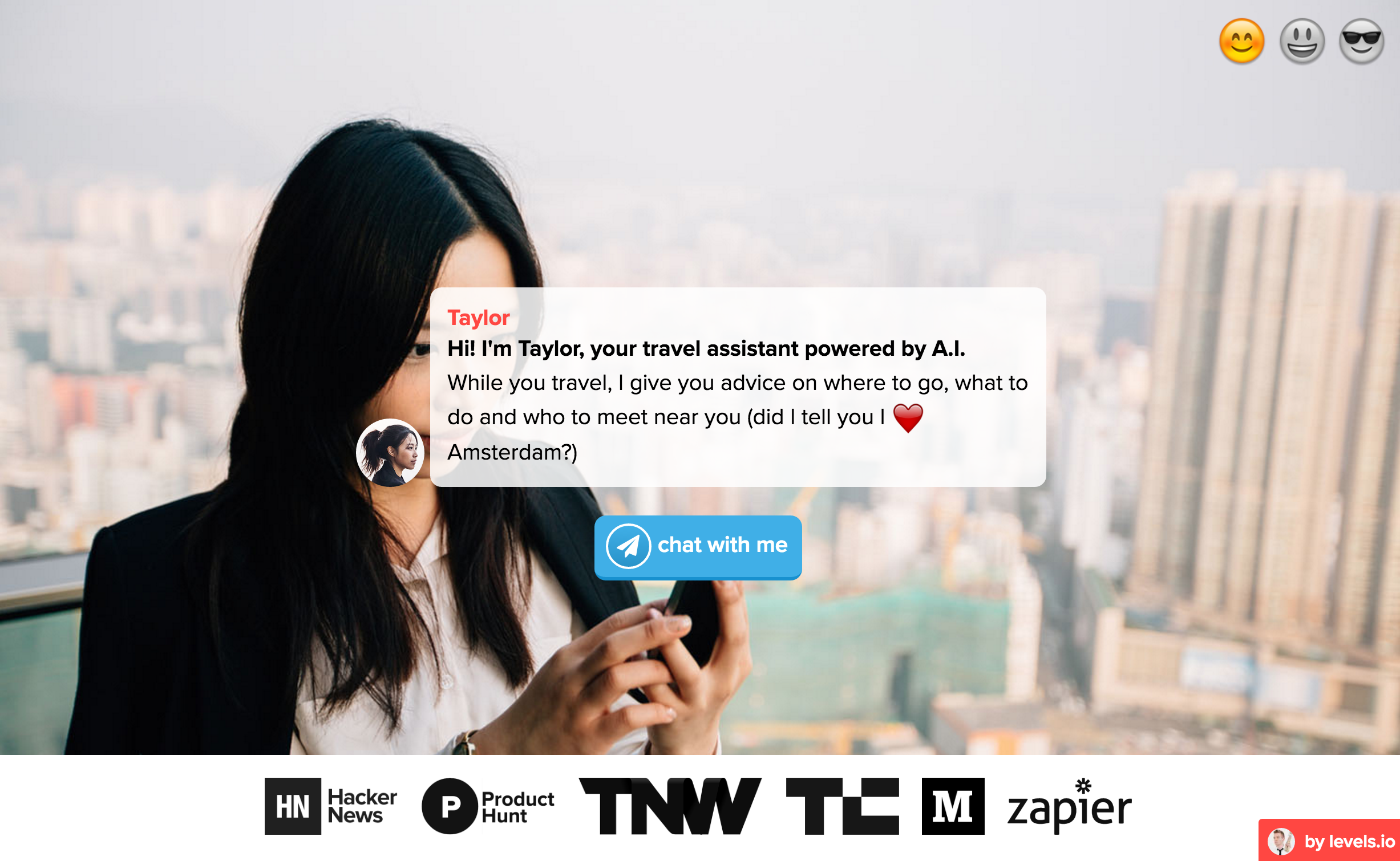 I listened and added two other personas: 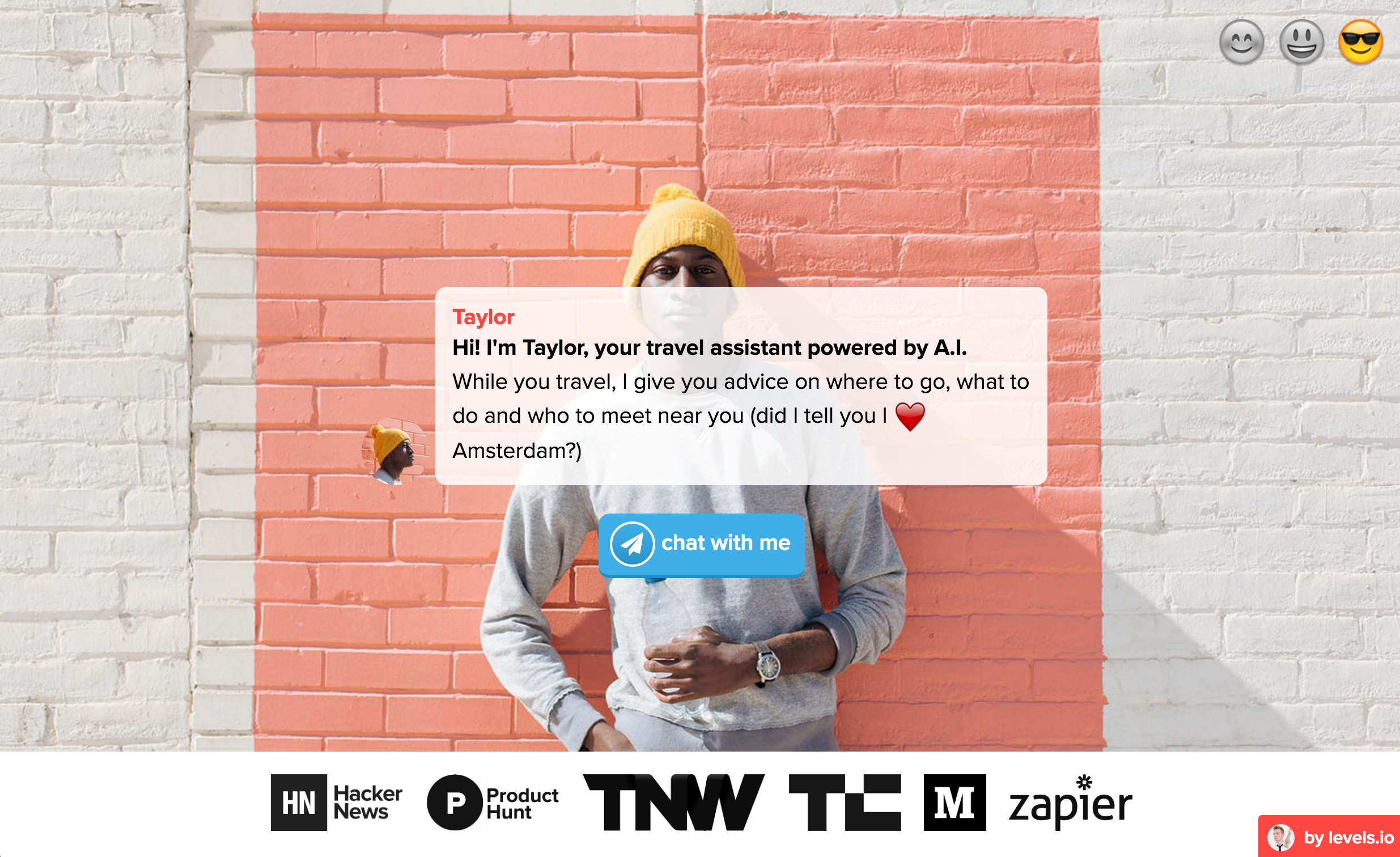 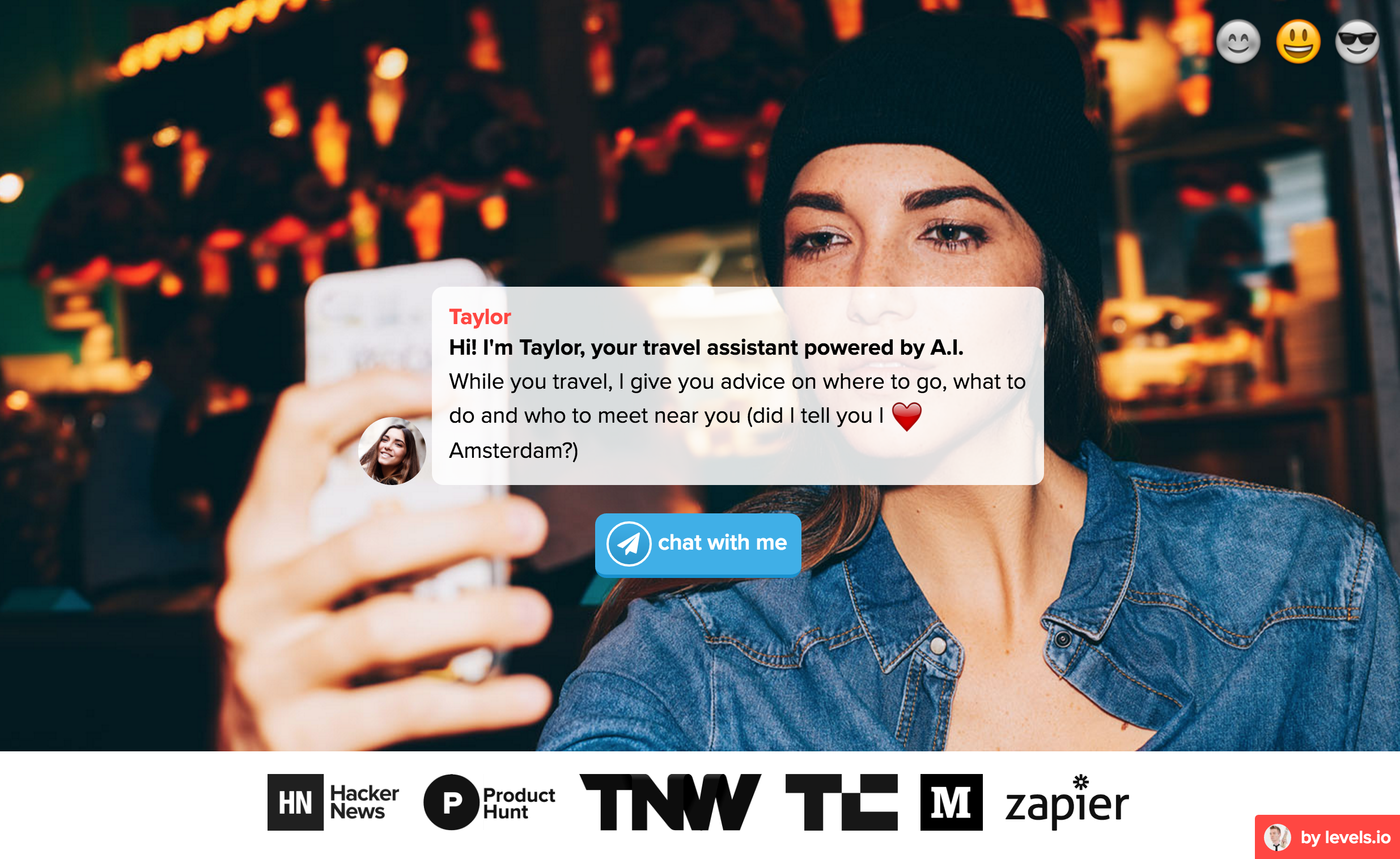 New users of Taylor bot were randomized and were sent to one of the three personas.

@KateKendall Hey Kate, I've listened to this and updated http://t.co/K1rkZCxgFb now and made it unisex (see switch at top right)

Now, here it comes. Taylor has a feedback option: 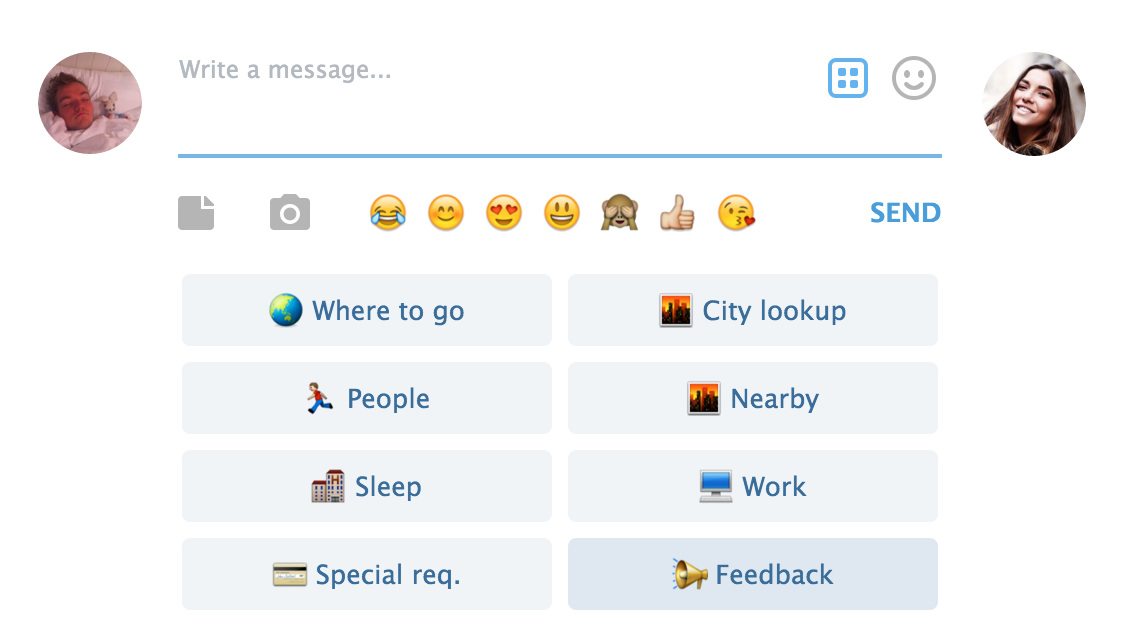 It’s used to give feedback about how the bot is doing its job. 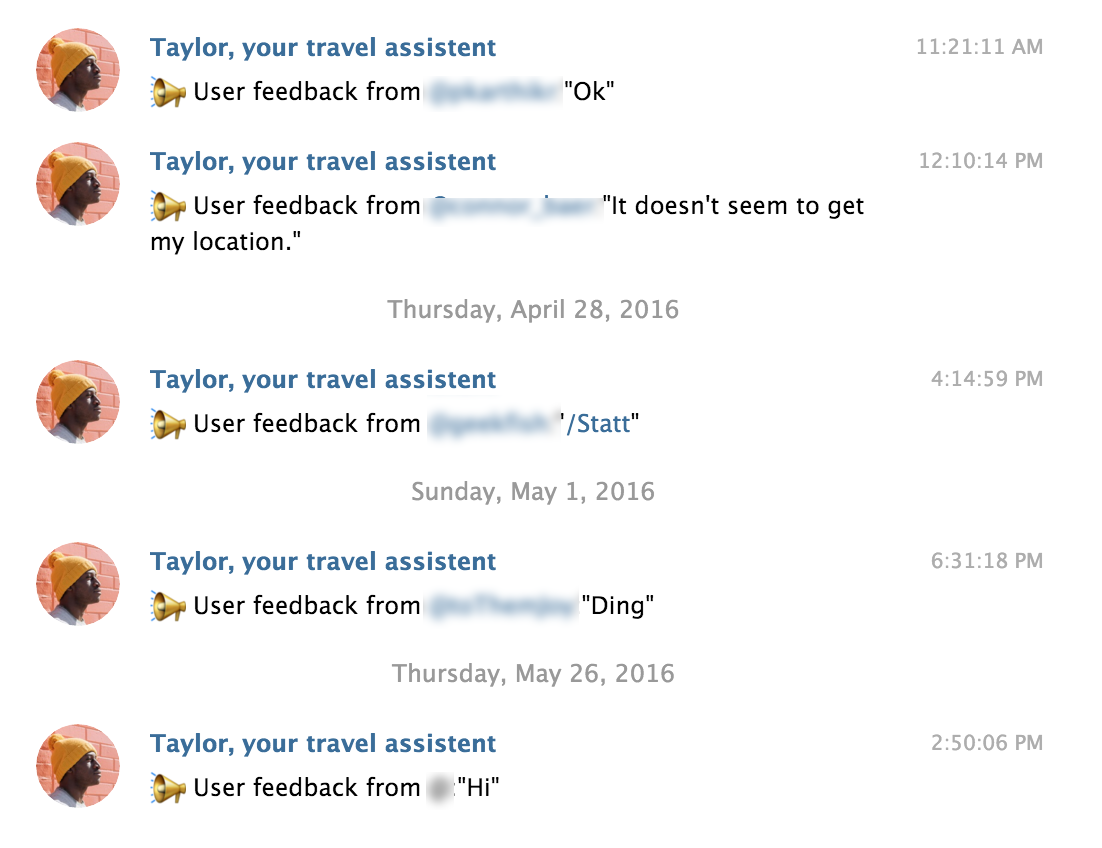 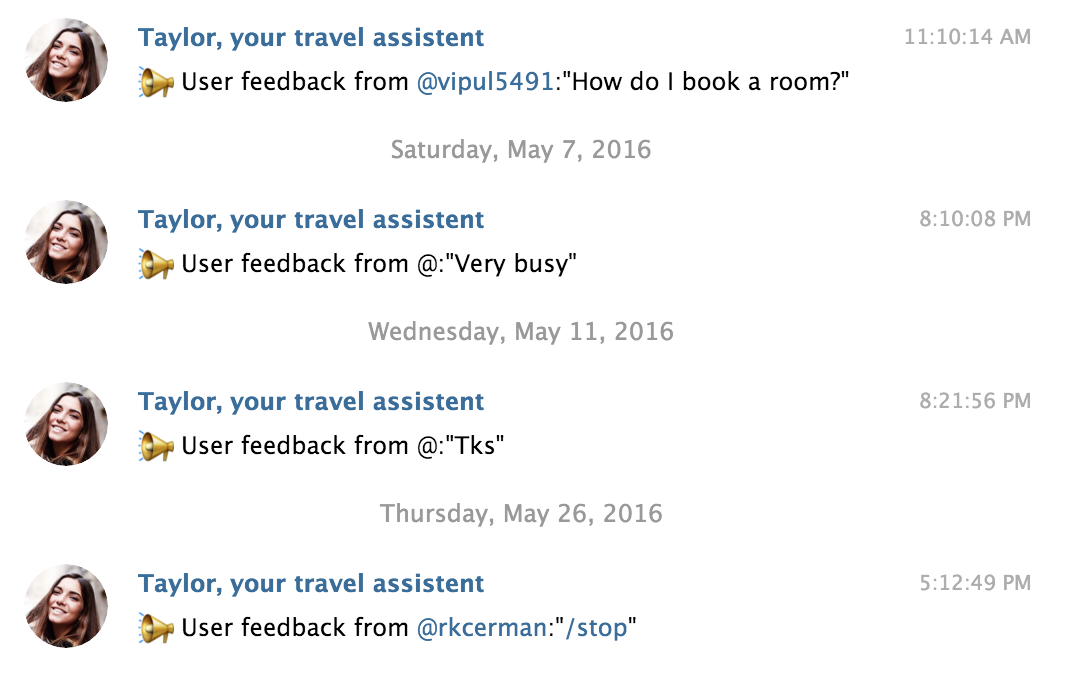 The Asian female though: 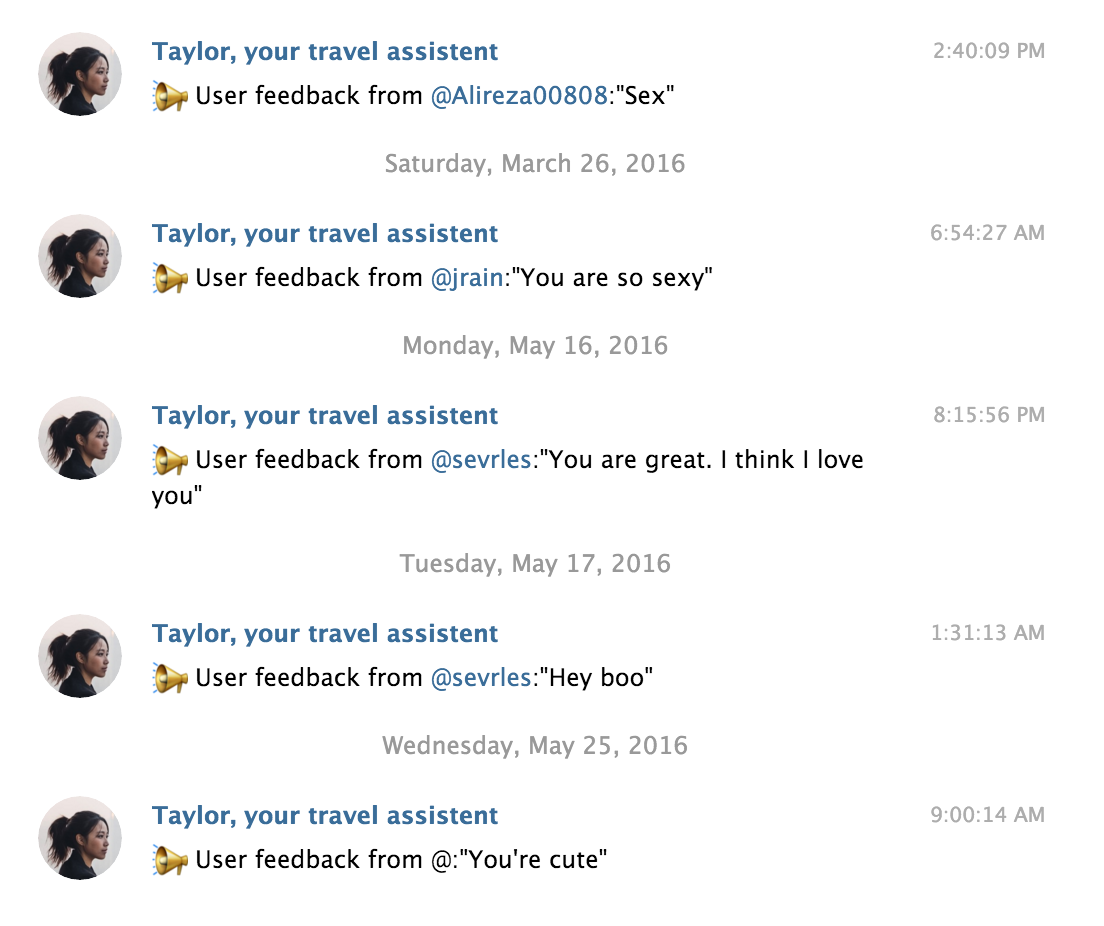