Update: Todd from FlightFox has apologized

Last month, I launched Nomad List, it tells you the best cities to live and work remotely and is targeted towards startups with remote teams and digital nomads. It’s part of my challenge to launch 12 startups in 12 months. 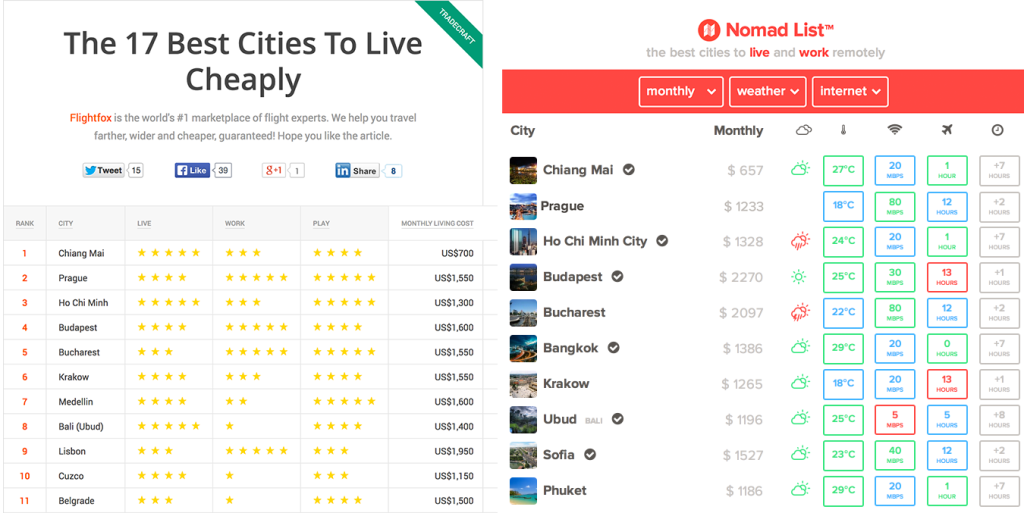 Even the city details themselves: 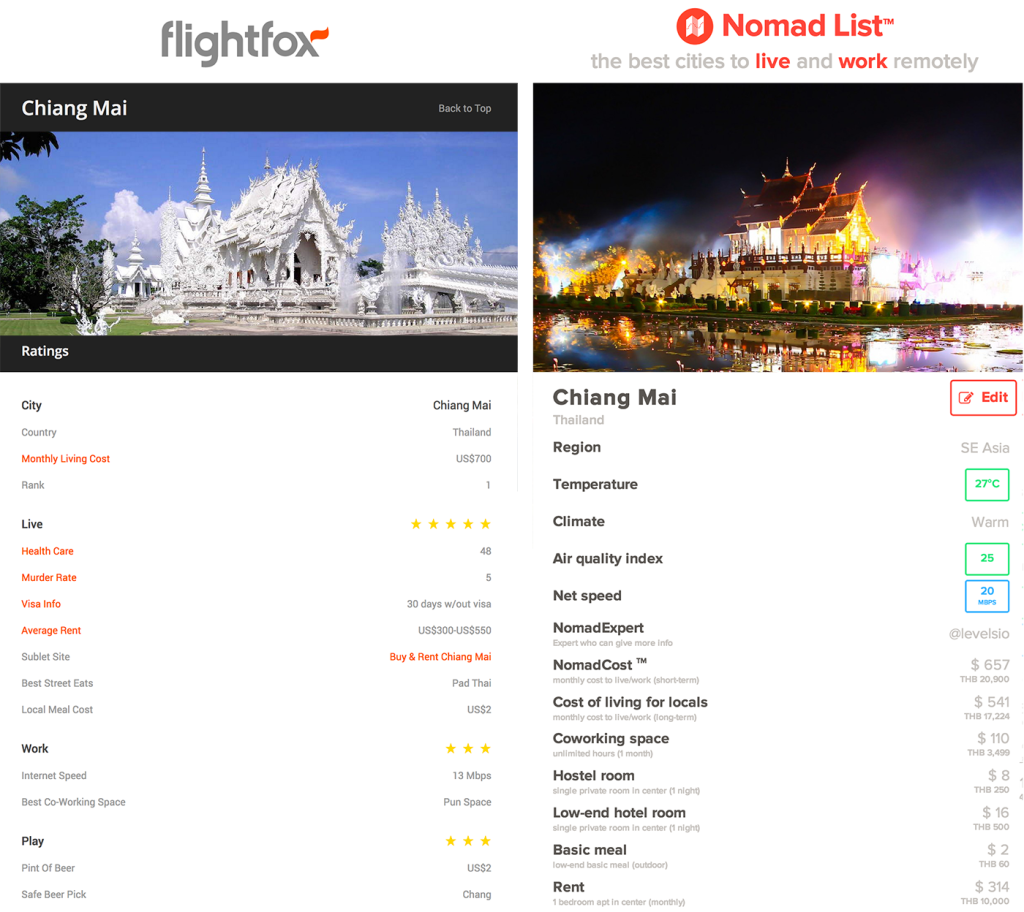 Eventhough they used the wrong picture for Chiang Mai as Yury notes:

@flightfox @levelsio @FredPerrotta I like the picture of Chiang Rai for the number one city, Chiang Mai, only 3 hours away.

It’s not just the concept of putting up a list of cities to work from remotely. That’s not unique. Sites before Nomad List have done it, and other startups are working in this space, like Teleport. But it appears as if FlightFox directly scraped my site, merely stripping out a few cities and adding a few others to make it look theirs.

They obviously thought it was to blatant and tried to cover it up quickly changing the title of the page from:

The 17 Best Cities To Live Cheaply for Nomads

The 17 Best Cities To Live Cheaply

However, their Facebook page still show the old title: 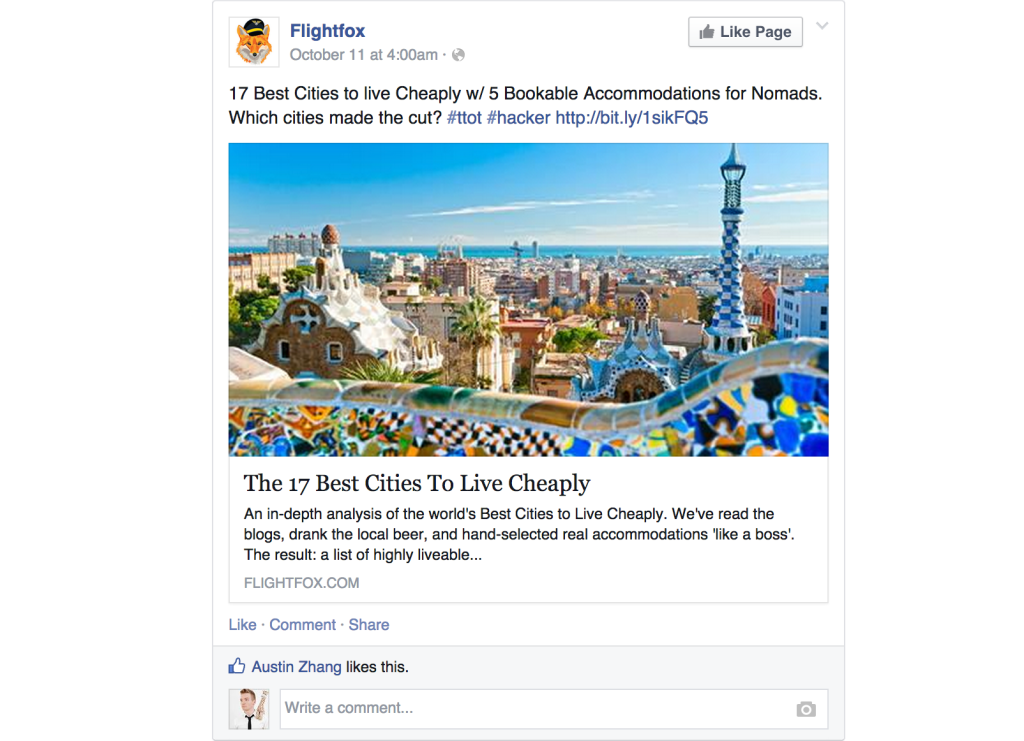 Do I care? No I think it’s pretty awesome and flattering. And it shows direct market validation:

@cwaring @jongold @flightfox obvs if inspired by @levelsio, attribute it. Other than that, isn't that the beauty of the web? Validation etc!

If a funded startup like FlightFox puts up a page like this, there’s obviously people interested in it. And the power of the internet is that people copy. But when you do it so blatantly, it’s common courtesy to link back, attribute and mention your source. And they didn’t. That’s not very nice. And it’s not very smart PR for them now either.

Especially not if you start denying it, then you’re pretty much asking for a social media storm:

@levelsio @FredPerrotta thanks for inventing remote working for us all 😉 We'd be so lost without you both.

@flightfox @levelsio Sarcasm isn't becoming of corporate accounts, especially when directed at a customer and fan. Next time, try humility.

However, I agree with @heyalexej, it’s done very well and it gives me some great cues on how to include hostel/hotel/apartment listings on my site.

@ytspar @flightfox @levelsio @FredPerrotta It's done very nicely though. I like how they represent the data and resources.

They could’ve done it just a little more appropriately though. If they’d tweeted me or sent me an email to ask me to use my data, I’d love to share it. I even have an API they could use. Or even if they didn’t ask but just attribute Nomad List as a source. But they didn’t.

@flightfox actually, I take back my carry on. Upon further investigation, its a rip-off. You could have been a bit more discrete about it.

@FredPerrotta @flightfox @levelsio wow. not cool. not cool at all.

However, if they’d done it appropriately, we wouldn’t have all these tweets and this blog post and they wouldn’t have given Nomad List all this attention today! And who am I not to embrace that? ^____^